BNS
aA
Vytautas Bakas, chairman of the parliamentary National Security and Defence Committee, is skeptical about the proposal to remove conservative MP Laurynas Kasčiūnas from the committee after he was questioned in a political corruption investigation. 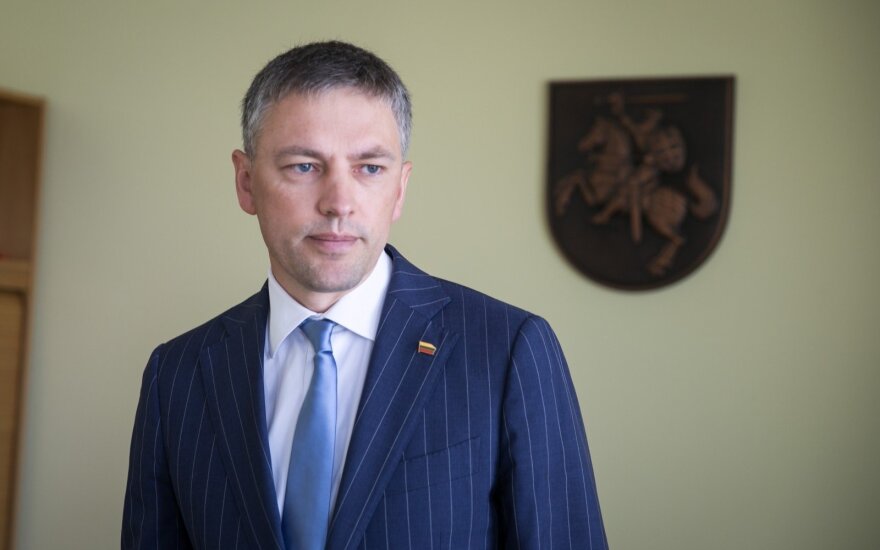 Bakas of the ruling Lithuanian Farmers and Greens Union said Kasčiūnas was one of the most productive members of the panel, adding he had not had any grounds to doubt his impartiality.

In Bakas' words, changes in the committee could affect the probe on possibly unlawful influence upon political processes.

"Any changes in the committee could harm the investigation of the damages. Speaking specifically about Kasčiūnas, I have not had any reasons do doubt his impartiality or think that he was doing something wrong throughout his work in the committee," Bakas told BNS on Thursday.

"Quite the opposite, he is one of the most productive members of the committee. I believe we will talk about this with our colleagues on Wednesday but I do not want to rush with suggesting to change something," he added.

After meeting with Prime Minister Saulius Skvernelis earlier on Thursday, Parliamentary Speaker Viktoras Pranckietis pledged to turn to the committee with a request to check whether Kasčiūnas can stay in the committee.

Bakas said the committee would look into the matter next Wednesday, adding that the committee had already been aware of the fact that Kasčiūnas had been questioned in the MG Baltic probe.

In response to the statement by the ruling parties, Kasčiūnas said he would suspend from the parliament inquiry.

On Wednesday, Lietuvos Rytas daily said that Irena Degutienė, conservative vice-chairperson of the Lithuanian parliament, had been questioned by the Special Investigation Service about Kasčiūnas who had not yet won the Seimas mandate. He was then working as Degutienė's adviser.

According to the daily, the authorities suspected that Kasčiūnas, in return for support to an association, had been asked by Kurlianskis to persuade Degutienė, a long-standing member of the parliamentary Budget and Finance Committee, to vote in support of an amendment on consumer loans initiated by Liberal MP Šarūnas Gustainis.

Lithuania's conservative MP Laurynas Kasčiūnas has no intentions to leave the parliament's...

Lithuania's conservative MP Laurynas Kasčiūnas has fallen in disfavour of the party's leadership...