(1)
BNS EN
aA
Mindaugas Bastys, a member of the Social Democratic political group in the Seimas, continues to challenge prosecutors' decision not to open a criminal case against the State Security Department's officials and prepares to turn to the European Court of Human Rights (ECHR) in Strasbourg. 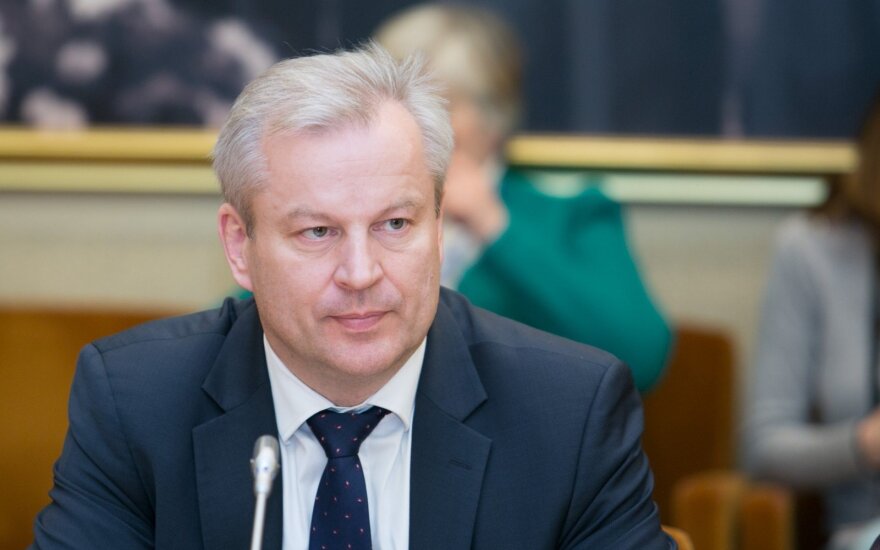 The Prosecutor General's Office said in late March that it would not look into the SSD's decision to recommend not giving Bastys access to information classified as "top secret". The lawmaker had asked the prosecutors to launch an investigation into possible abuse of office by Darius Jauniskis, the department's director, and the officials who prepared the report.

"Initially, I appealed the Security Department's decision to refuse me clearance to the prosecutor. They (prosecutors) informed me that there were no grounds to bring charges of abuse against the security officials," Juozas Gaudutis, the parliamentarian's lawyer, told BNS on Monday.

After the prosecutors refused to open a criminal case, Gaudutis turned to the District Court of Vilnius City, which upheld the prosecutors' position. The lawyer then filed an appeal with the Vilnius Regional Court.

A special parliamentary commission has until Jun. 1 to issue its conclusion on whether there are sufficient grounds to launch impeachment proceedings against Bastys.

The Seimas has approved conclusions by the parliament's Committee on National Security and Defense that Bastys acted against the interests of the Lithuanian state and that his ties to certain persons identified in the security agency's report pose a threat to national security.

The lawmaker denies all accusations, describing the impeachment process as political retribution against him.

The persons identified in the report are Yevgeny Kostin, who is seen as a representative of Rosatom, Piotr Voyeiko, a former KGB agent, Ernest Matskevich, a journalist of the Russian state channel RTR, Saturnas Dubininkas, who is said to be a former Kaunas mafia leader, and Vadim Pakhomov, a businessman suspected of illegal activity.

The decision taken by Lithuanian prosecutors not to open a probe against him shows the political...

Bastys impeachment panel asks for extension of work until June 1

The impeachment commission for Mindaugas Bastys , a member of the parliament's Social Democratic...

The Lithuanian Prosecutor General 's Office told BNS on Wednesday it had refused opening a pre-trial...

The impeachment commission for Mindaugas Bastys , a member of the Lithuanian parliament's Social...

A motion by members of the Seimas to open impeachment proceedings against Mindaugas Bastys , a member...