BNS
aA
Some 140,228 people, or 5.78 percent of all eligible voters, cast their ballots during four days of early voting in Lithuania's presidential runoff and the European Parliament election. 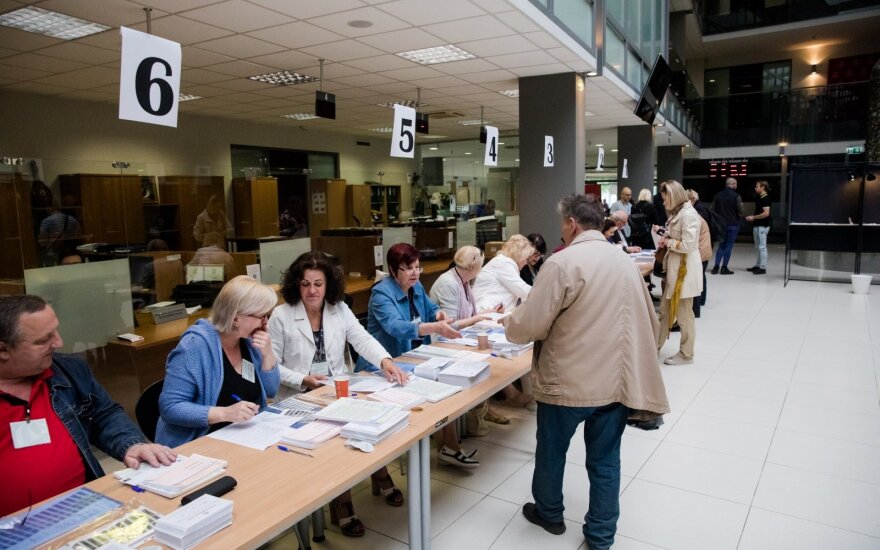 The turnout was almost the same as it was during the first fourt days of advance voting in the first round of the presidential election two weeks ago when some 136,484, or 5.673 percent, voted.

The total voter turnout during early voting in the first round of voting in the presidential election, including voting at special post offices, stood at 10.75 percent.

Friday is the last ay when voters can cast their votes early. It can be done at all municipalities by 8 p.m.

Friday is also the last day to vote at special post offices set up at hospitals, care homes, in the army and at correctional facilities. Home voting for those over 70 or unable to come to vote to polling stations takes lace on Friday and Saturday.

Related articles
Early voting continues, kicks off at embassies
President: Lithuania is lucky to have 'worthy' candidates in runoff  (1)

Voting at Lithuania's embassies also continues and will take place until Sunday until 8 p.m. Lithuanian time.

Ingrida Simonyte, a former finance minister nominated by the conservative Homeland Union–Lithuanian Christian Democrats, will face Gitanas Nauseda, an economist standing as an independent, in the May 26 runoff.

Candidates nominated by 16 political parties and public election committees are vying for Lithuania's 11 seats in the European Parliament.

President: Lithuania is lucky to have 'worthy' candidates in runoff (1)

Lithuania is fortunate to have two "worthy" candidates competing with each other to be elected...