Reuters
Residents in the Russian speaking city of Donetsk in eastern Ukraine survey the damages after the city comes under heavy shelling. 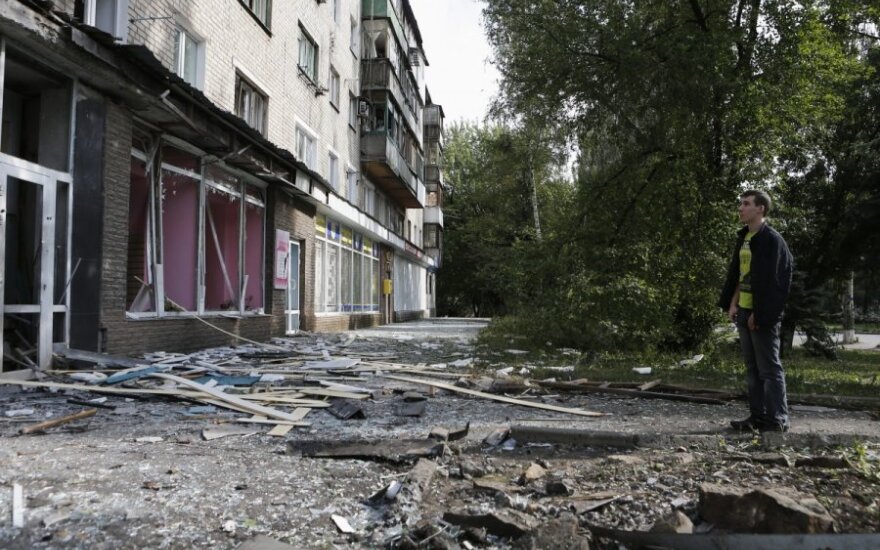 For months, the city has been a rebel stronghold but as Ukrainian troops close in, fighting intensifies.

One man was hit by shrapnel and taken away in an ambulance. Others cleared shards of shattered glass from their apartments.

"People came to my house and broke everything," a woman from Donetsk said. "And they took my husband."

Smoke rises on the horizon as the assault on rebels continues.

This city has been isolated for weeks. Residents are without water and electricity and phone connections.

A convoy of trucks said to be carrying relief supplies for people in those hard hit regions waits at the Russia-Ukraine border for approval.

Related articles
Maternity hospital turned into bomb shelter to protect babies in the midst of Ukraine's battle
Winter and Gazprom won't wait: What the geopolitics of LNG will mean for the people of Ukraine and Europe

The convoy is from Russia, and some believe it could be a Trojan horse-bringing military supplies to pro-Russian separatists rather than humanitarian aid to residents.

The conflict has claimed more than 2,000 lives, including civilians.

Russian President Vladimir Putin and Ukrainian President Petro Poroshenko will meet next week for the first time in months to try to end the confrontation.

The babies are blissfully unaware, but the basement of a maternity hospital in the eastern Ukrainian...

As the crisis in Ukraine is escalating with the prospect of Russian military intervention, there is...