BNS
aA
Directly-elected mayors will have the same powers they have now but they will also have a double amount of responsibility on their shoulders, Speaker of the Lithuanian Seimas Loreta Graužinienė says. Meanwhile opposition leader Andrius Kubilius warns that the new system of local elections will spell more problems for the new mayors who will have to closely cooperate with city councils. 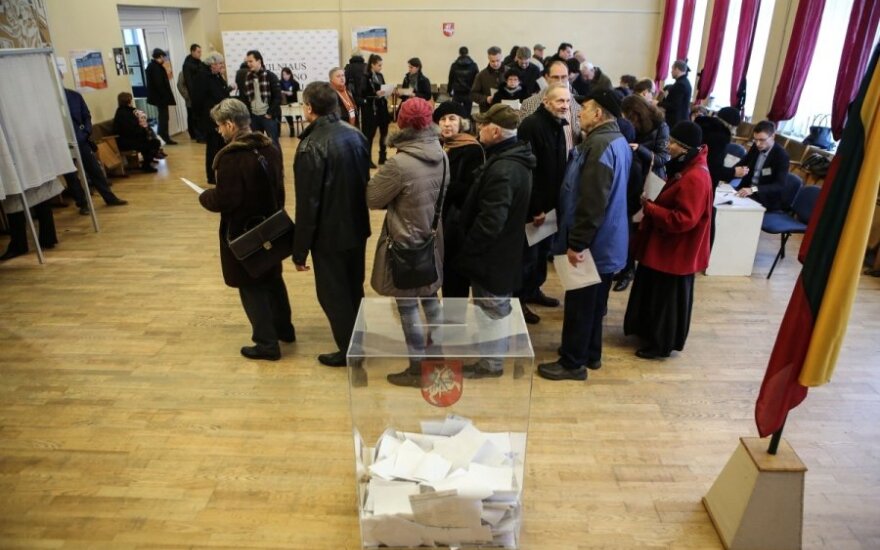 "I do hope that people will choose responsibly as they have the opportunity to decide themselves what mayors they want to have. And elected mayors will have double responsibility as people's expectations will be huge but they will have the same powers they have had so far," Graužinienė told BNS after voting in her hometown of Ukmergė, central Lithuania.

This year's elections will disclose all pros and cons of the existing system of municipal elections and constitutional amendments might follow, aimed at improving the system, she said.

Graužinienė, leader of the Labour Party, estimates that her party will get around 200 council seats and ten mayoral positions.

Lithuania is holding municipal and the first direct mayoral elections on Sunday, with over 15,000 people vying for 1,524 council seats and over 400 people seeking to become mayors of 60 towns and cities.

There are 2.54 eligible voters in Lithuania.

The municipalities where mayoral candidates will receive less than 50 percent of votes will hold run-off voting on March 15.

Having cast his vote in Vilnius, Kubilius, a former prime minister, said the existing legislation does not properly regulate institutional relations.

"I think it might be difficult and I believe this government action of introducing direct mayoral elections does not give any more benefits, except for the fun that we can elect mayors," Kubilius told journalists on Sunday.

"We might have quite a few problems, especially in those areas where mayors will represent one side and the ruling majority the other. And we might have quite a lot of such areas, and in fact the legislation does not regulate institutional relations in such cases," the politician said.

Kubilius also has no doubt that not a single mayoral candidate in Vilnius will get more than 50 percent of votes and run-off voting will be needed in two weeks' time.

He also hopes his party will have more mayors across the country than it has now. 13 out of 60 mayors in Lithuania represent the HU-LCD.

Powers of directly-elected mayors might be strengthened if it emerges that opposing municipal coalitions might seriously impede their activity, Lithuanian Prime Minister Algirdas Butkevičius says.

Having hast his vote in the ongoing municipal elections on Sunday, the prime minister also expressed hope that direct mayoral elections would increase voter turnout.

"If it happens so that councilors start forming coalitions that might impede mayoral activity, then we should think about strengthening mayors' powers," Butkevicius told journalists.

His Social Democratic Party of Lithuania hopes to have around 20 out of 60 mayors across the country, the prime minister said.

He also believes there are fewer election violations this year, compared to the last elections, because, first of all, the police are doing a better job.