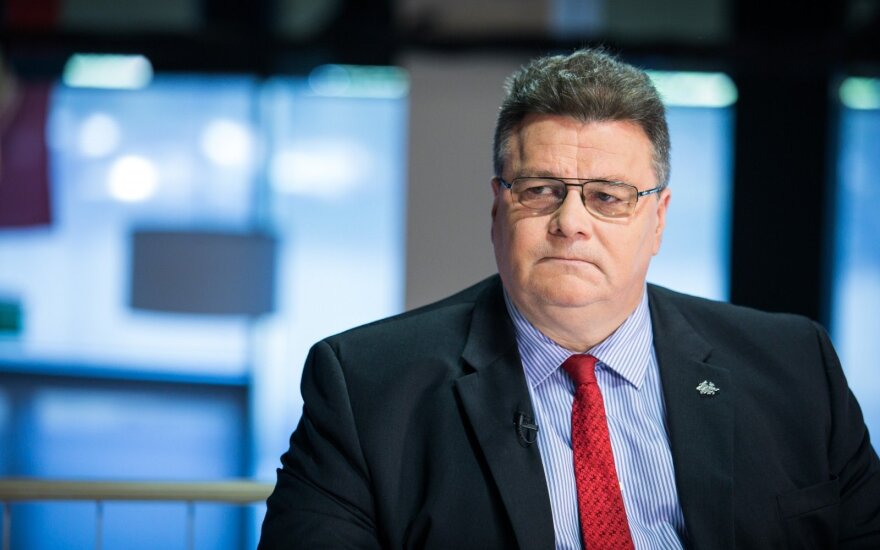 Attending an international conference in Vilnius, the minister paid attention to the anniversaries of the Prague Spring and the occupation of Georgia's territory, saying that "the same manuals" and "the same tanks" are being used in Crimea and eastern Ukraine to suppress free will.

"It is sad that our neighbors are really enjoying this impunity and lack of resilience, continuing with the policy, which, as I reminded, lasted for 50 years, using the same manuals. Now that we're commemorating another event, the deportations based on the Ribbentrop-Molotov Pact, it's important to say again, which I sometimes say, that Molotov is still alive and looking for his Ribbentrop," Linkevičius said.

Related articles
August the 7th and Georgia: anatomy of the betrayal of the decade
Linas Kojala. Sometimes diplomacy isn’t boring at all

On Aug. 23, 1939 Germany and the Soviet Union made a secret pact to divide Eastern Europe. The pact is named after the then german and Soviet Foreign Ministers Joachim von Ribbentropo and Viacheslav Molotov.

Linkevičius also said the West need constantly remind themselves about the lack of leadership in responding to challenges and not "just to reflect on the agenda that is drafted by somebody else, but not by us".

"It always requires the mobilization of our forces, our minds, our actions, and, I have no doubt, we will do that," the minister said.