BNS
aA
High Representative of the European Union for Foreign Affairs and Security Policy Federica Mogherini hopes EU interior ministers will reach an agreement on sharing the burden of refugees and this way the EU will strengthen its position for negotiations with third countries. 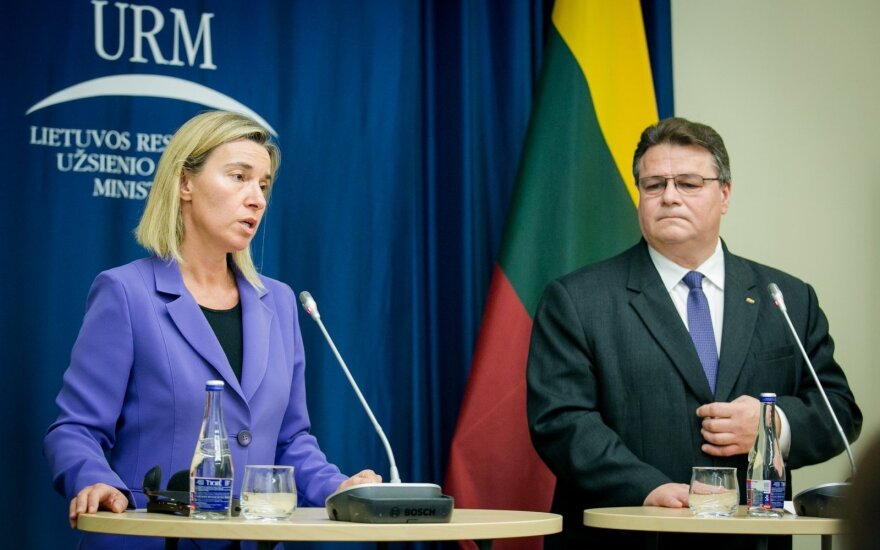 "I hope that tomorrow the interior ministers will find an agreement. I think it will be extremely relevant, first of all, because our internal unity strengthens our external action," Mogherini told a press conference in Vilnius on Monday, responding to a BNS question.

The Italian diplomat stressed that she "appreciates the position of Lithuania of sharing responsibility and expressing solidarity."

EU interior ministers are set to hold talks in Brussels on Tuesday on the proposal to relocate 160,000 refugees. Central and Eastern European countries are the major opponents of the European Commission-proposed quotas. Lithuania has agreed to take in 1,105 refugees from Syria, Iraq and Eritrea over the next two years.

Mogherini noted that 2 million refugees are now in Turkey and a million people live in Lebanon and Jordan each.

According to the Italian diplomat, if EU interior ministers managed to agree on Tuesday, on Wednesday the EU heads of state and government would be able to focus on "a wider picture", including measures on economic migrations, return of migrants and economic aid to poor countries.

"Opinions vary but we should also share, based on certain criteria, that number (of refugees) we are talking about as it is important not to give the reason for those who want to divide us. We must stay united," the minister said.

Lithuania has so far not backed the proposal, backed by Brussels and Germany, to create a permanent mandatory refugee quota mechanism to be used in the future. Lithuania is in favor of the principle of voluntarism to remain in every case.