BNS
aA
Former Lithuanian Minister of the Interior Eimutis Misiunas said on Tuesday he would start serving as a deputy minister of national defense in the middle of October and until then he would be a ministerial adviser. 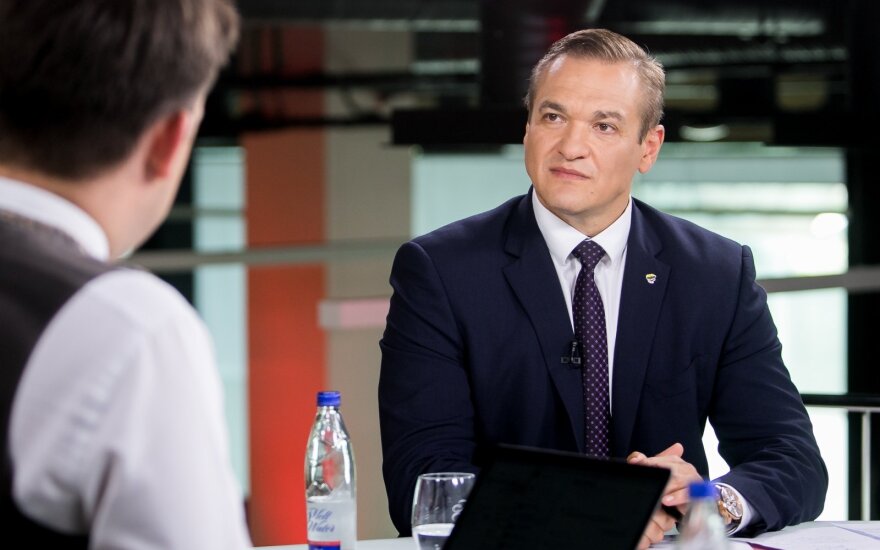 He said agreed on that with Minister of National Defense Raimundas Karoblis on Tuesday. Misiunas will replace Giedrimas Jeglinskas who is leaving for the NATO headquarters in October to take up his new post as NATO's assistant secretary-general for executive management.

"We agreed with the minister that I will start as an adviser as of September 16 and then will become a vice minister … as of October 18," Misiunas told BNS Lithuania on Tuesday, adding that he will be in charge of acquisitions just as Jeglinskas.

Misiunas, 46, lead the Ministry of the Interior since December 2016. Rita Tamasuniene of the Electoral Action of Poles in Lithuania–Christian Families Alliance has recently replaced Misiunas as part of a Cabinet reshuffle in line with the Farmers and Greens Union's new coalition agreement with the Social Democratic Labor Party, the Order and Justice Party, and the EAPL-CFA.

The former minister earlier considered resuming his suspended lawyer's career but now says he's considering running for the Seimas next year. "I will still have the opportunity to go back to court if such a need will be later," he said.

Misiunas plans to make up his mind on running for parliament soon but has not decided yet which political force to join.

Before his appointment as interior minister, Misiunas served as a judge at the Vilnius Regional Court for a year, previously working for the Special Investigation Service (STT) and lecturing at the then Police Academy.

During an official visit to the Socialist Republic of Vietnam, Minister of Interior Eimutis Misiūnas...