BNS
aA
The Minsk talks, which ended on Thursday in an agreement on ceasefire in eastern Ukraine, have proven that the "war button is pushed" in Moscow, says a lecturer at Vilnius University's International Relations and Political Science Institute Vytis Jurkonis. He emphasized the importance of putting the agreements into practise, as earlier cases have shown that Russia is less than a trustworthy partner. 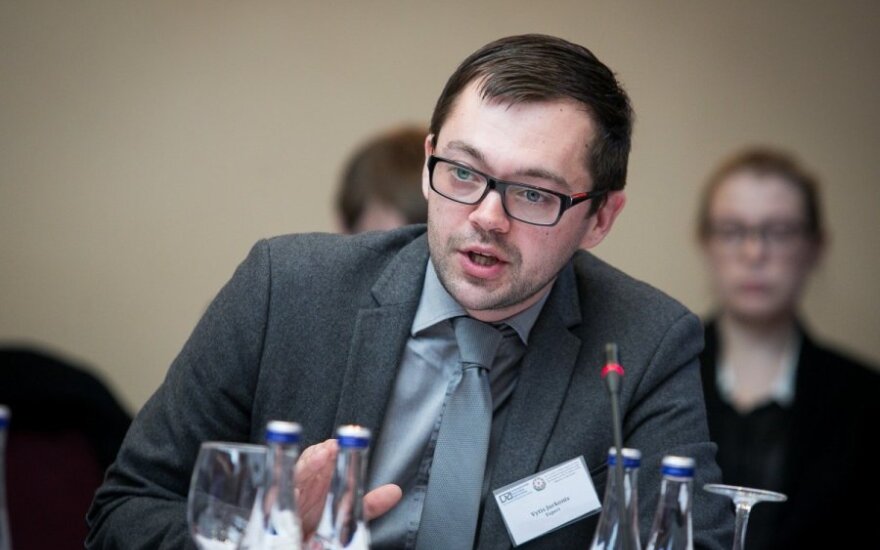 "The Minsk negotiations are viewed from highly different perspectives. Some hold a historic stance and recall Munich in 1938, but we can look at more recent agreements. Whatever became of the agreement bearing a nearly identical Minsk Group name on the Nagorno Karabakh issue? It is a conflict that has been dragged out for more than two decades and still unsolved. We can recall the 2008 agreement on Georgia – has the Russian Federation translated it into reality? Or were the achievements of the September 2014 talks ever implemented? All of the negotiations included different participants, while Russia was present in all of them," the political scientist told BNS on Thursday.

In his words, the latest talks is yet another piece of evidence that the Kremlin is directly responsible for the military actions in eastern Ukraine. "If (Russian President Vladimir) Putin calls a ceasefire as on February 15, it means that the button is being pushed in Moscow," Jurkonis said.

In comment of Thursday's Minsk agreement, Jurkonis emphasized that the differences in rhetoric from the Russian president and Ukraine's Petro Poroshenko show that "we cannot talk about anything more than a compromise, which, unfortunately, means short-term solutions".

"Pulling back heavy munitions or possible exchange of prisoners would be an optimistic scenario. Nevertheless, looking at the negotiations as an all-embracing process, they do not result in an agreement or a signed treaty, but implementation of the agreement. The above-mentioned examples give little hope," Jurkonis concluded.

The four-way negotiations in Minsk failed to settle the key issue on control of Ukraine 's borders,...

Minsk agreement: Devil's in the details

After 14 hours of tough talks, the leaders of Russia , Ukraine , France and Germany have reached...

It's too early to speak about real progress in eastern Ukraine following the Minsk talks as it's...