BNS EN
aA
Following a scandal surrounding a trip to Russia by youth of Plungė, western Lithuania, a few ministries will update their recommendations on cooperation with Eastern neighbors to ensure due attention to the factor of hostile propaganda, a decision was made at a meeting of the parliamentary National Security and Defense Committee and relevant institutions. 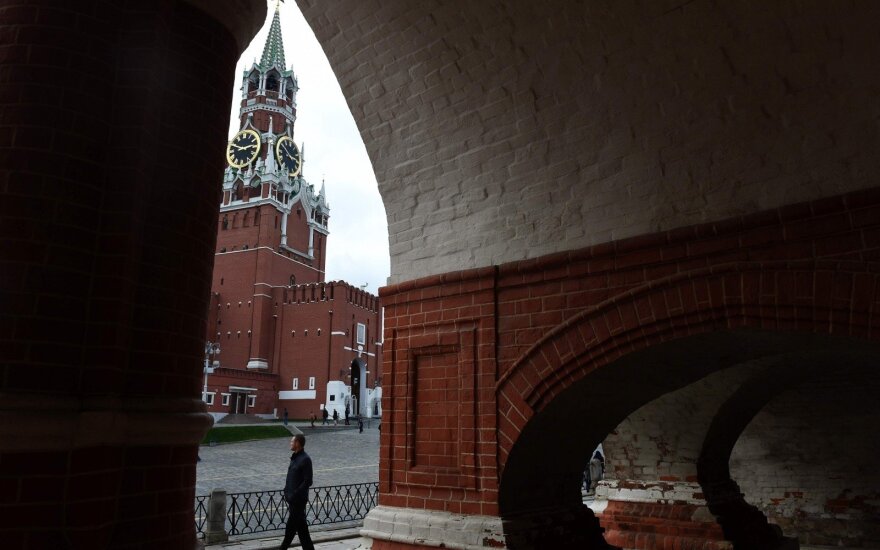 "In the nearest future, we will have another good opportunity to submit recommendations on information attacks, both mayors and people in charge of youth affairs in municipalities will get a reminder," Vytautas Bakas, chairman of the parliamentary National Security and Defense Committee, told journalists after a meeting of officials of the ministries of Education and Science, Foreign Affairs, Social Security and Labor and the State Security Department.

The meeting addressed the need to appoint a specific individual in each ministry to advise representatives of municipalities and institutions in case of doubts on participation in certain events and trips.

At the same time, Bakas noted that there were no reasons to ban or restrict such trips, stressing the importance for persons accompanying the children to realize the essence of information war and prevent on-the-spot changes of agenda to include propaganda elements.

Foreign Vice-Minister Neris Germanas said that the Plunge case, which has made front headlines, will have a bigger preventive effect than all written recommendations, as all invitations from the East would now be viewed with more caution.

"The Education and Science Ministry has committed itself to drafting recommendations, the Youth Department under the Social Security and Labor Ministry will also invite representatives to draft general recommendations, although they already exist across ministries, the aim now is for everyone to know what is where," Germanas told journalists after the meeting.

"I see a positive side to the fact that media coverage of the problem will help a lot more than other things. We must maintain contacts with our neighbors, we cannot terminate all ties, especially since two thirds of our municipalities have certain contacts (with Eastern neighbors)," the vice-minister added.

A group of young people from Plungė, accompanied by municipal officials, spent almost two weeks at a summer camp in Russia. The program of the camp included visits to military museums and communication with members of the pro-Kremlin biker club Night Wolves, who are known for their nationalist events and demonstration of Soviet symbols.

Plunge Mayor Audrius Klišonis said on Wednesday that the district of Plunge had back in 2003 signed a cooperation agreement with the Russian municipal district of Krasnogorsk. As part of the agreement, exchanges of youth delegations have taken place.

According to the mayor, in the wake of Russia's aggression in Ukraine in 2014, the local authority asked the Lithuanian Foreign Ministry for advice as to what to do with the agreement and the ministry recommended maintaining these contacts.