BNS EN
aA
Lithuania's Foreign Minister Linas Linkevičius has given a cautious opinion about the idea proposed by his German counterpart, Frank Walter Steinmeier, to develop new international pacts on arms control in the wake of heightened tensions between NATO and Russia. 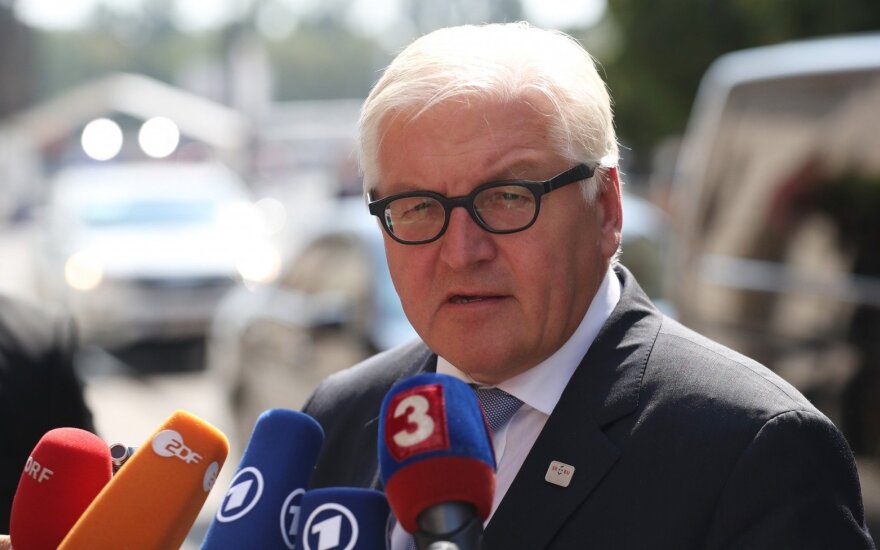 Frank Walter Steinmeier in the meeting in Bratislava
© AP/Scanpix

The Lithuanian minister on Tuesday questioned the need for new agreements, stressing that Russia was already violating existing pacts.

"Russia has very poor records so far in complying to international norms, principles," Linkevičius told journalists in Latvia after the meeting between the Baltic and German foreign ministers.

In Steinmeier's opinion, the new pacts should stipulate control of modern, smaller and quickly deployable military units, as well as define the latest military technologies, such as assault cyber capacities, drones and laser weapons.

Lithuania's Linkevičius stressed he could understand the German efforts, however, expressed the need to remind Moscow that "Russia must comply to the international norms, not self-invented rules."

"We shouldn't help Russia to destroy existing European security architecture. If someone violates traffic lights, it is not the best solution to remove the lights," said the Lithuanian minister.

German Defence Minister Ursula von der Leyen , who is on a visit in Vilnius, has thanked Lithuania...