The Lithuania Tribune, BNS
aA
Minister of Environment Kęstutis Trečiokas, a member of the Order and Justice party, denied lying in the case surrounding the Government's approval of a raising of restrictions on construction in the resort town of Druskininkai. He said he would not resign from the post. 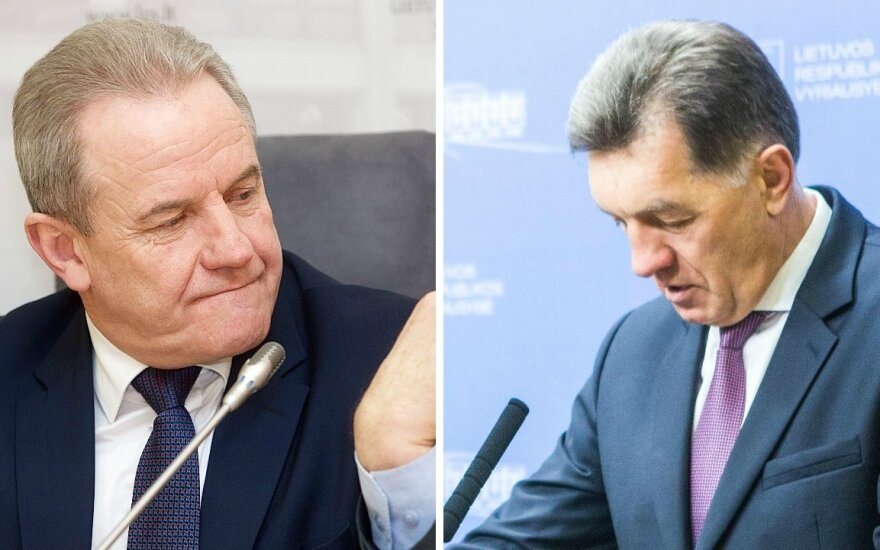 “Let them search for that lie, I know I didn't lie. If I made a mistake, I'll admit to it, but I can't find one,” Trečiokas told BNS.

“I await the prime minister's suggestion, because I could've resigned long ago, I don't need all of this nonsense. However, I must show myself and others that a person can't be toppled over nothing,” said Trečiokas. “I'm not holding onto this position, it isn't a sweet one, but if someone has decided to dispose of me, let's find out who it is.”

“If I had made a mistake, it would have been easy for me to say that (Ričardas) Malinauskas set me up, but that's not the case, I haven't done anything,” said the minister, referring to the mayor of Druskininkai. There are accusations that the minister lifted the resort town's construction restrictions to allow for the construction of a manor that Malinauskas later intends to take ownership of.

The published transcript of a conversation between Malinauskas and Trečiokas indicates that Trečiokas promised to “take care of” the issue surrounding the lifting of the resort's zoning restrictions and to “remind the company” to resolve these issues. At the end of August, the minister also promised to the mayor that he would “ensure that the issue comes before the Government” during the Government's meeting.

The Seimas' opposition is pressuring the minister to resign, or else to undergo an interpelation under the argument that he had lied to the Anti-corruption commission.

Leader of the conservative Homeland Union, an opposition party, Gabrielius Landsbergis says that the...