BNS EN
Lithuanian Energy Minister Žygimantas Vaičiūnas intends to urge his Estonian counterpart to hold a unified stance on the Astravyets nuclear power plant under construction in Belarus next to Lithuania's border. Vaičiūnas is scheduled to meet with Estonia's Minister for Economy and Infrastructure, Kadri Simson, in Tallinn on Monday. 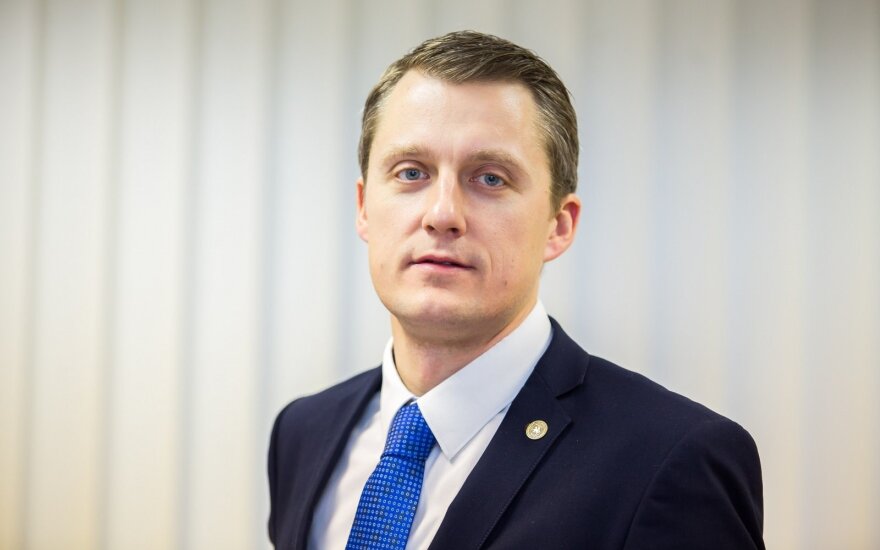 "They should discuss international nuclear safety and the unsafe Astravyets N-plant that is relevant to the whole of the region. The minister will present the preventive actions taken by Lithuania to protect our electricity system from electricity generated in unsafe power plants," Aurelija Vernickaitė, spokeswoman for the Lithuanian energy minister, told BNS.

In her words, Vaičiūnas and Simson will call for a unified stance.

Furthermore, other issues on the agenda will include synchronization with European electricity grids and creation of the Baltic gas market.

Estonia's President Kersti Kaljulaid last year said the European Union should not import electricity from the Belarusian Astravyets power plant, if environmental risks are not reflected in its pricing.

A number of energy experts have repeatedly said that Astravyets electricity should not be imported not only because of the unsafe construction of the power plant but also due to lower environmental and construction safety standards applying in Eastern Europe. This leads to lower electricity prices in such power plants.

A number of incidents have been reported in the Astravyets N-plant construction site some 50 km from Lithuania's capital Vilnius, which raises doubts in Lithuania about the safety of the utility. The power plant will feature two reactors of 1,200 megawatts (MV) each. The first block should be inaugurated in 2019, followed by the launch of the second one in 2020.

Leaders of Lithuanian parliamentary political parties on February 10 agreed on closer coordination of...

Lithuania is worried by Belarus' rhetoric after experts from the International Atomic Energy Agency...

Experts of the International Atomic Energy Agency (IAEA) last week did not look into the issues that...