BNS
aA
Defense Minister Raimundas Karoblis says that universal military conscription in Lithuania is only possible if the country spends more than 2 percent of its GDP on defense. 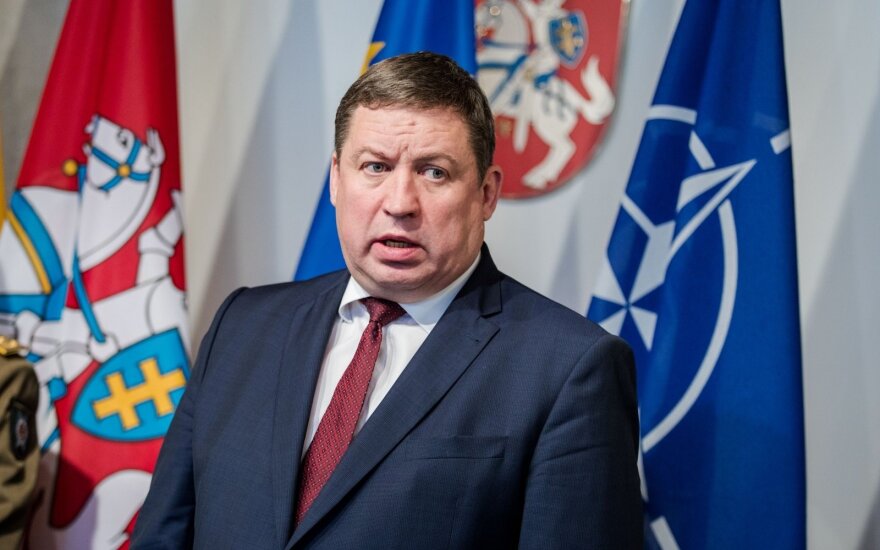 A plan for implementation of the program of Prime Minister Saulius Skvernelis' government called for to assessing by the end of 2017 the possibility of introducing universal military service.

Lithuania is set to meet NATO's 2 percent of GDP defence spending target for the first time next year, but some politicians doubt if defence funding should be boosted further.

Karoblis, however, calls for a further increase in the defence budget, projected at 873 million euros in 2018, saying that the country must do so because Russia is its neighbour and because its defence system had been underfinanced for years.

"This is the lowest level, the minimum. We have to strive for more funding," he said.

Officials have said that 6,000 to 7,000 conscripts, not including young women, would be called up for their mandatory military service after school annually if universal conscription were introduced.

In response to Russia's actions in Ukraine and the Baltic Sea region, Lithuania reintroduced partial military conscription in 2015 after a break of seven years.

Defence officials say, however, that the number of people enlisting on a voluntary basis may be insufficient next year as some young men have already done their military service.

Many young Lithuanians have volunteered for enlistment in the Armed Forces this year, just like in...

One-third of the Lithuanian population are in favor of introducing universal military service in the...

Based on the implementation of Russian deterrence, a tank and AFV brigade from the United States has...