BNS
aA
Eastern Ukraine is in need of humanitarian aid but the international community cannot trust Russia which has announced recently it is sending 280 trucks of aid to eastern Ukraine, Lithuanian Minister of Foreign Affairs Linas Linkevičius said on Tuesday. 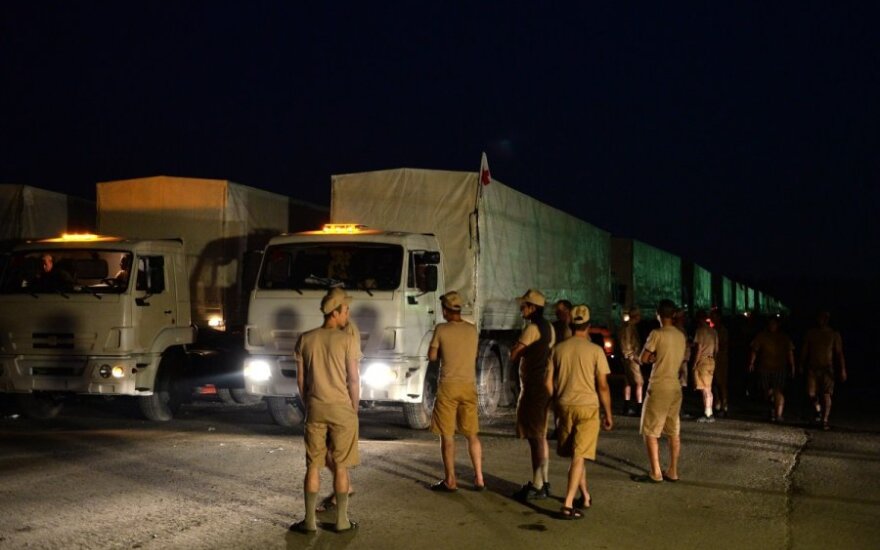 People in eastern Ukraine are suffering hardships "because of terrorists" and humanitarian aid can reach Ukrainians only via ways acceptable for Ukraine, the minister told BNS.

"People are in dire need of humanitarian aid, they have no power, water, basic consumer goods. Because of terrorists, people are cut off from normal life and we need to help them. All of that must be done following stringent coordination with the Ukrainian government, it must be an international mission involving the Red Cross," Linkevičius said.

His comments came in response to Russian media reports that 280 truck with "humanitarian aid" have left Moscow for eastern Ukraine. Western leaders, including the NATO secretary general, European Commission president and French foreign minister, have warned recently that Moscow might use a humanitarian mission as a pretext for invading Ukraine.

According to the Lithuanian foreign minister, trust in Russia has been undermined by the country's previous attempts to send military equipment to Ukraine under the humanitarian cover.

"We already have experience that we cannot trust Russia's statements. If the 280 repainted trucks are really bringing humanitarian aid and there's no military escort, following coordination with the Ukrainian government, that would be an understandable thing. But one can never be sure what's behind it. We still remember how armoured vehicles were repainted in the colours of the so-called peacekeepers and were waiting to cross the border," the minister told BNS.

On Friday, at the meeting of the United Nations Security Council in New York, initiated by...

Obama: No need yet for more US military aid to Ukraine

US President Barack Obama , speaking at the closing of the US-Africa Leaders summit, said Washington...

Ukrainian soldiers are laying siege to Donetsk, where pro-Russian rebels have taken control.