Military conscription 'should stay for good'

(1)
the Lithuania Tribune,
BNS
aA
Mandatory initial military service should be reintroduced in Lithuania for good rather than for five years, the State Defence Council decided on Monday. 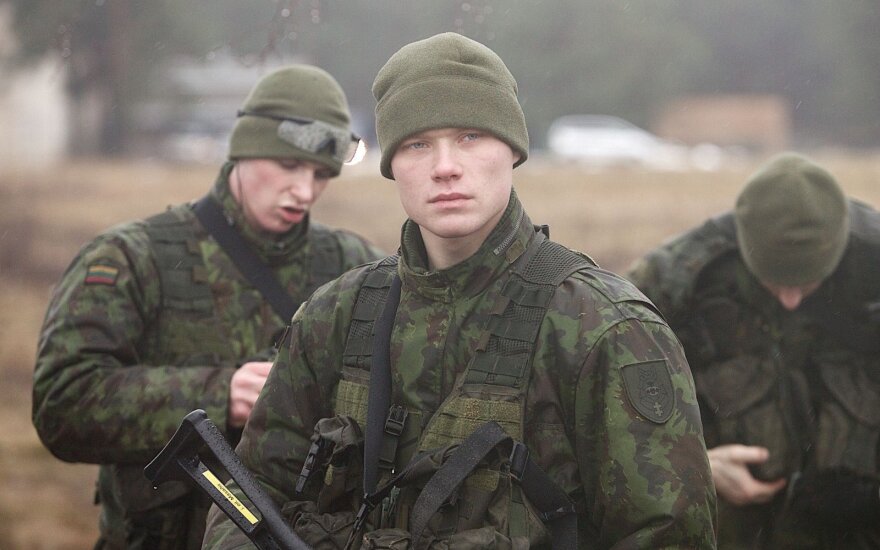 "The State Defence Council has decided (...) that conscription to mandatory military service should be conducted indefinitely, every year," presidential adviser Valdemaras Sarapinas told journalists after the meeting.

Defence Minister Juozas Olekas previously said the decision on permanent reintroduction of recruitment should be based on an analysis of the number of professional troops available at the Armed Forces. Chief of Defence Lieutenant General Jonas Vytautas Žukas has stated his support for a mixed army consisting of both recruits and professional soldiers.

The decision was made unanimously. Among those in support was Defence Minister Juozas Olekas whose initial stance was not to rush with the decision.

The final decision on reintroduction of mandatory military service should be made by the Lithuanian parliament.

Chief of Defence Lieutenant General Jonas Vytautas Žukas said the increased numbers would allow expanding the Armed Forces to 24,000 troops by 2021 in addition to 30,000 people in active reserve.

Olekas, the defence minister, expressed hope that volunteers would make the majority of troops in mandatory service. In his words, conscription is in progress for merely a few months this year, and more than two thirds of the recruits have come forward voluntarily.

"We hope that 100 percent will be volunteers. (…) I believe there will be more volunteers than we're able to accept," said the minister of defence.

He noted that the manning of military units has gone up to 70% since the reintroduction of the military draft last year.

The State Defence Council also decided to earmark an additional sum of at least €150 million in the 2017 budget for defence purposes. In 2016, the defence budget stands at €575 million.

The council also endorsed the draft military strategy, which is the 4th military strategy over 26 years of Lithuania's independence. It envisages new tasks for the Armed Forces, providing a new definition of the Lithuanian security environment and principles of defence policies. In Žukas' words, approval of the strategy will allow having a new doctrine of the Armed Forces.

The State Defence Council, which consists of the president, the prime minister, the parliamentary speaker, the defence minister and the chief of defence, discusses and coordinates key issues of national defence.

Lithuania to decide on whether to make military conscription permanent

The State Defence Council , summoned by President Dalia Grybauskaitė on Monday, is to decide...

One of the founders of the Lithuanian army has said the Defence Minister, Juozas Olekas ’s...

Jonas Valančiūnas , the Toronto Raptors center beloved by basketball fans both in Lithuania and...

600 new military volunteers ahead of draft list publication on Monday

On Monday, the latest list of Lithuanian men selected for the draft will be published. Though the...

The Lithuanian parliament on Thursday endorsed a proposal on reinstating military conscription...