MEPs leave for Brussels: most intend to keep living in Lithuania

aA
Brussels is currently welcoming newly elected MEPs. The majority of Lithuanian MEPs interviewed by LRT.lt vowed to stay in Lithuania during the term, except for Antanas Guoga, who would like to transfer to Brussels, LRT.lt reports. 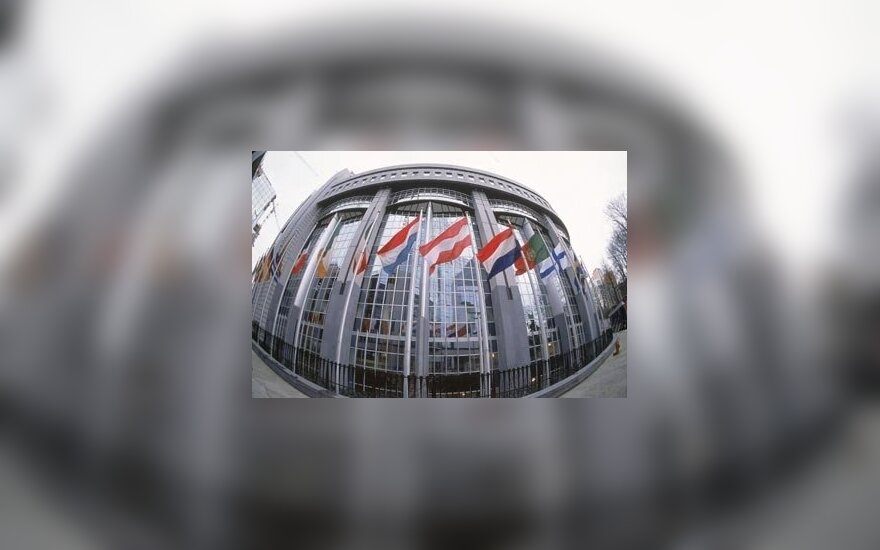 751 members will be working in the European Parliament (EP) over the next five years. Roughly half of them have been elected for the first time. Lithuania will be represented by 11 members in total, five of whom are new to the EP. Among them, Liberal Antanas Guoga, who has already left for Brussels.

“I am planning to have a residence in Brussels, where I will be able to receive people. It will be easier for me not to fly frequently. I want to be there to do the job and be able to work even on weekends, ” said Guoga for LRT.lt. The politician intends to find an apartment or a house in the next few days. “Today I’m starting my job and life in Brussels,” said Guoga, who will join the Alliance of Liberals and Democrats for Europe group.

Guoga is taking his partner to Brussels and intends to briefly return to Lithuania once he has more free time.

“It is important to use your free time properly – we will visit the people, and will not distance ourselves from Lithuania,” promised Guoga. The liberal claims already having a team: one person is from the Lithuanian Embassy in the UK, and the other has already worked with MEP Leonidas Donskis. “20 people will be working in Lithuania, [...] we have created a number of jobs,” Guoga explained.

His party colleague Petras Auštrevičius said to LRT.lt he is leaving for the EP on June 30th, during the session in Strasbourg. “I will be among those who regularly fly between Brussels and Vilnius. I will be renting an apartment [in Brussels] but my permanent residence will remain in Vilnius. I hope that the flights are comfortable, the current ones are satisfactory,” Auštrevičius added. He is intending to join the Alliance of Liberals and Democrats for the Europe group. Auštrevičius said he has already decided on his team: two people will work in Strasbourg, the other two in Brussels, “and many more in Lithuania.”

Valentinas Mazuronis, the representative of the Order and Justice party, will be acting similarly: “As for now, I’m living and working in Brussels for a couple of days, but I intend on working in Lithuania the rest of the time. As far as I know, I will be required to work in Brussels and Strasbourg for 3-4 days, so then I will have to live somewhere abroad. However, it is more comfortable and cheaper to spend time in Lithuania than rent a hotel room for five years.”

Mazuronis vowed to stay in control of Lithuania’s politics and remain active. “I want to break the stereotypes that once leaving for Brussels we break away from events in Lithuania. I do not intend to distance myself from Lithuanian political life, on the contrary – I am going to be very active,” said Mazuronis who plans to join the Europe of Freedom and Democracy group together with his party colleague Rolandas Paksas. Mazuronis is going to have one assistant in Brussels and a few more in Lithuania. “I want to create a strong team, because the Ministry of Environment has proven the fact that only a strong team is able to achieve results,” said Mazuronis.

Peasant-Green union member Bronis Ropė also promises to stay in Lithuania, at least in the near future, and reach Brussels and Strasbourg by plane. “We’ll see as circumstances occur whether I will be staying in a hotel or will prefer another option,” Ropė explained. His team should consist of people who have already worked in Brussels. “There are a lot of propositions,” the politician added. He also mentioned current negotiations with the Greens regarding their joining. “We would like to join the Agriculture and Rural Development Committee. In case we agree on this, we will be the Greens. If not, we will negotiate with another group,” Ropė commented for LRT.lt

Conservative Gabrielius Landsbergis has no intention to permanently leave his large family: “I do not plan to move to Brussels, mostly because of my family. Instead, I plan plane trips to Brussels. I will be there whenever needed, but I do prefer to spend the rest of the time at home with my family.” Numerous MPs from the previous terms had chosen the same method before. “Of course, this affects health, but for me, this option is ideal.” The young politician is to join the Group of the European People’s Party (Christian Democrats).

Valdemar Tomaševski, leader of Lithuanian Electoral Action of Poles (LLRA) and the Russian Alliance coalition, has already spent five years in EP and is also rejecting the idea of renting a residence in Brussels. “I usually spend three days in Brussels and three days in Strasbourg per month. I live in hotels and don’t own nor rent a residence there,” Tomaševski said for LRT.lt. Last term he chose the European Conservatives and Reformists Group. His team for the new term will remain similar to that of the last year. However, a couple of people have other responsibilities, so they will have to be replaced.