the Lithuania Tribune
aA
MEP Rolandas Paksas, leader of the Order and Justice party, is suspected of accepting a bribe of €15,000, Lithuanian prosecutors say. Since he is sheltered from prosecution as an elected official, prosecutors are planning to ask the European Parliament to strip the Lithuanian politician of legal immunity. 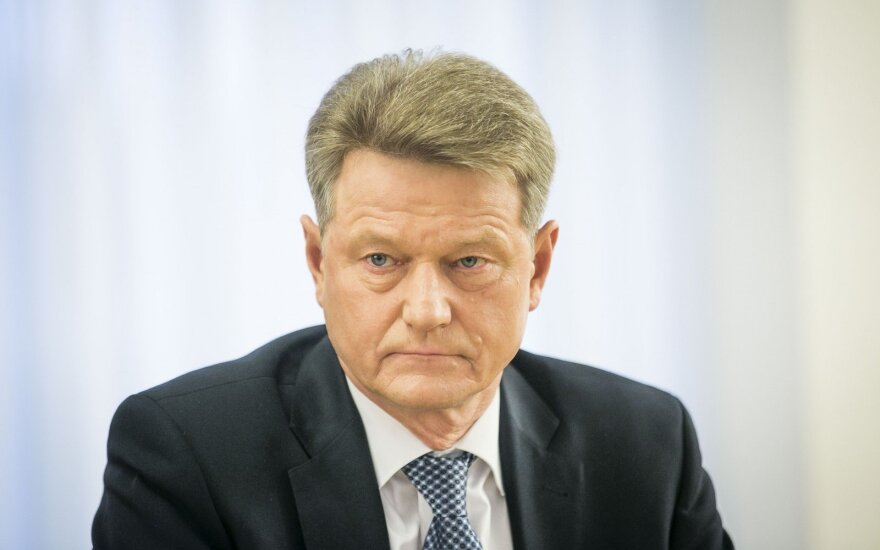 Paksas was questioned by the Special Investigations Service on Monday as part of a probe into suspected influence peddling.

Prosecutor Irmantas Mikelionis said on Tuesday that there is evidence that Paksas had accepted a €15,000 bribe from Gedvydas Vainauskas, co-owner and head of the Lietuvos Rytas media group.

"As Paksas has the immunity, he was questioned as a special witness yesterday, we are considering the possibility of turning to the European Parliament about revoking his legal immunity," said Mikelionis, senior prosecutor in charge of organized crime and corruption.

Vainauskas allegedly acted on behalf of a company running a grocery store chain in Lithuania - identified by media as Norfa - which wanted to speed up inspection permits for its new supermarket in Prienai, central Lithuania.

Paksas' party, Order and Justice, controls the Ministry of Environment and he was allegedly expected to use his influence to pressure Construction Inspectorate officials.

Mikelionis did not specify the form of the bribe, but according to one version, it was in the form of political advertising in Lietuvos Rytas publications.

Vainauskas, the head of Lithuania's biggest daily newspaper, was also questioned on Monday and was named a suspect in the influence peddling case.

Vainauskas was also named in another investigation into alleged pressure to hush up a financial crime probe. Another suspect in the case is businessman Antanas Zabulis, public consultant for the prime minister and former head of the mobile service provider Omnitel.

Lithuania's Special Investigation Service (STT) broke the news on Monday that it was investigating...

The latest round of investigations of politicians by the Special Investigation Service (STT) is yet...

Lithuanian Prosecutor General Evaldas Pašilis on Monday received an invitation from the European...