the Lithuania Tribune, DELFI
aA
MEP Rolandas Paksas, leader of the Order and Justice party, was questioned in an influence peddling investigation on Monday. The Special Investigations Service (STT) said the politician was allegedly offered a bribe by Gedgaudas Vainauskas, shareholder of the Lietuvos Rytas daily. 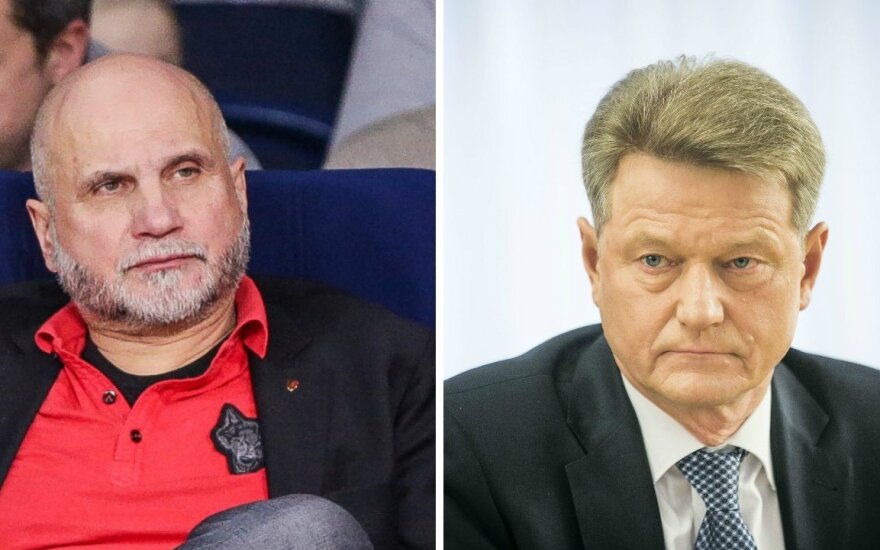 Paksas was allegedly offered the bribe to use his influence in the Environment Ministry in order to secure a go-ahead on using a newly-built supermarket, the STT said in a statement.

Vainauskas was allegedly mediating between Paksas, whose party member Kęstutis Trečiokas is the minister of environment, and a supermarket chain that wanted to get construction inspectors' permission to operate a newly-built building in Prienai, central Lithuania.

Paksas was questioned on Monday as a special witness, a status given to individuals when there is evidence of their involvement in a crime, but not enough to bring official suspicions.

Paksas told BNS after the interrogation that he was asked whether he knew Vainauskas and the director of the supermarket chain Norfa.

Paksas also insisted that the investigation is part of far-reaching attempts to crush his party.

Vainauskas said on Monday he was not aware of the investigation. However, he was also questioned by STT investigators on Monday afternoon.

He is a shareholder of the Lietuvos Rytas group which includes Lithuania's biggest daily, its online subsidiary Lrytas.lt and the television channel Lietuvos Rytas TV.