BNS
aA
Gedvydas Vainauskas, CEO of the media group Lietuvos Rytas and editor-in-chief of the daily Lietuvos Rytas, denies that there were any illegal agreements between him and Rolandas Paksas, Lithuania's impeached former president and now a member of the European Parliament. 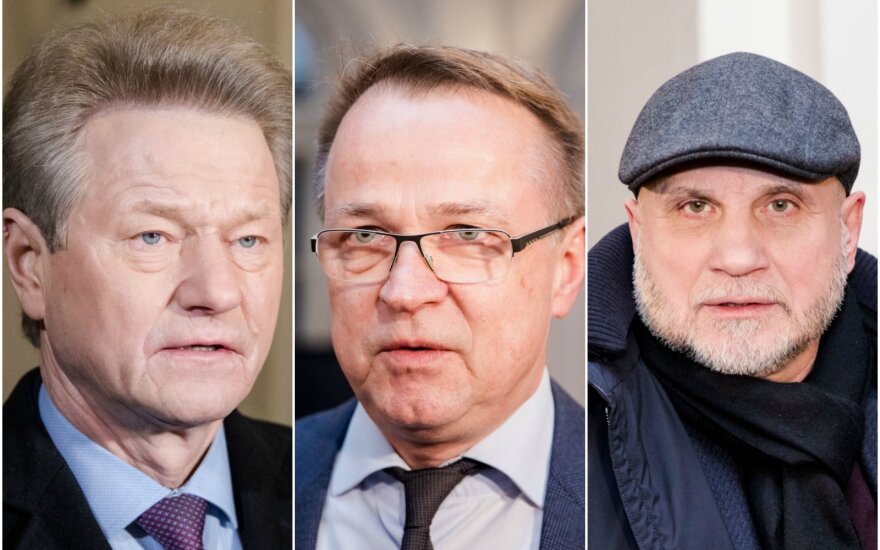 Vainauskas on Monday testified before the Vilnius Regional Court in an influence peddling case.

Prosecutors suspect that Paksas, who was then leader of the Order and Justice Party, in late August 2015 agreed to accept a 15,000-euro bribe from Vainauskas, who allegedly acted as an intermediary in pressing construction inspectors to authorize the opening of a new Norfa retail store in Prienai, a town in southern Lithuania.

"Knowing Paksas' character, I wouldn't have offered him anything like that. Our relations would have ended," Vainauskas said.

Related articles
Dalia Grybauskaitė – on “loans in a box”, VSD reports and “agribusiness” links to politics
A few notes about the Augean stables of Lithuanian politics

He told the court that he had had meetings with the leaders of different political parties.

Paksas denied any wrongdoing, too.

"I didn't negotiate with Vainauskas, nor did I promised to influence anyone. As far as I know, the people questioned denied having transferring any bribe to Paksas," the MEP told the court.

He reiterated his earlier words that his conversations had been illegally controlled by officers and that the case was aimed at further eliminating him from political life.

According to the Special Investigation Service and prosecutors, Paksas in early September 2015 met with the Order and Justice Party's Deputy Environment Minister Algirdas Genevičius and asked him to instruct the staff of the State Inspectorate for Territorial Planning and Construction to sign a document certifying the completion of the construction of the Norfa store in Prienai, which they did the next year.

Kęstutis Trečiokas of the Order and Justice Party held the post of environment minister at that time.

Dalia Grybauskaitė – on “loans in a box”, VSD reports and “agribusiness” links to politics

Government backs amendment to allow Paksas to run for president

The Lithuanian government on Wednesday gave its backing to a draft constitutional amendment that would...