MEP Mazuronis to stand for Labour Party in elections 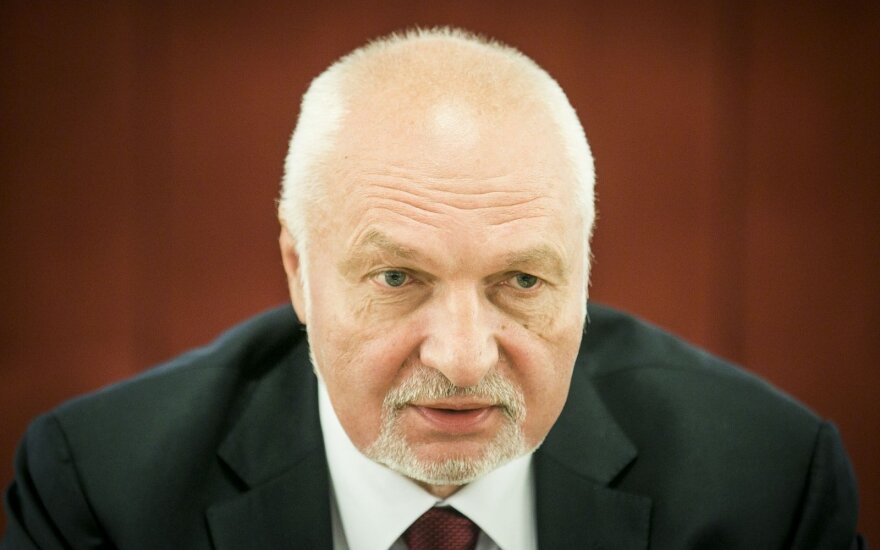 Labour Party chairman and MEP Valentinas Mazuronis on Saturday announced his intention to participate in the parliamentary elections and lead the party‘s list in the multi member constituencies.

“I understand that the chairman of the party must be in front of the team and now I am ready for that. I will continue to work actively with our entire team as party chairman, I am ready to lead electoral list, if we decide that it should be so,” said Mazuronis.

If Mazuronis is elected to the parliament, he will have to give up his seat in the European Parliament. Analysts had previously criticised his decision not to stand for the party in the upcoming elections and instead hold on to his European Parliament seat.

In November parliament has adopted amendments providing that powers of the European Parliament and municipal council members‘ will have to be automatically eliminated if they are elected to the parliament.

Mazuronis also promised a strong no to refugees and solid yes to state defence capacity-building in all its forms.

How Lithuania's political landscape has changed

Lithuania's political landscape has changed radically since the last time voters went to the polls...

The Lithuanian parliament moved on Thursday to launch an impeachment process against Labour Party...