MEP Guoga: a chance for the new Government to clean up

MEP Antanas Guoga
aA
It seems that the new Prime Minister Saulius Skvernelis is very determined to fight against corruption in his term. On the last day of 2016, the whole Ministers Cabinet was presented with the so-called ‘’Lithuanian corruption map 2016’’ which is based on surveys of Lithuanian society, business and civil servants. On Monday, the Prime Minister met with the head of the Special Investigation Service of the Republic of Lithuania to discuss strengthening measures to fight against corruption, and so on. Promising beginnings! 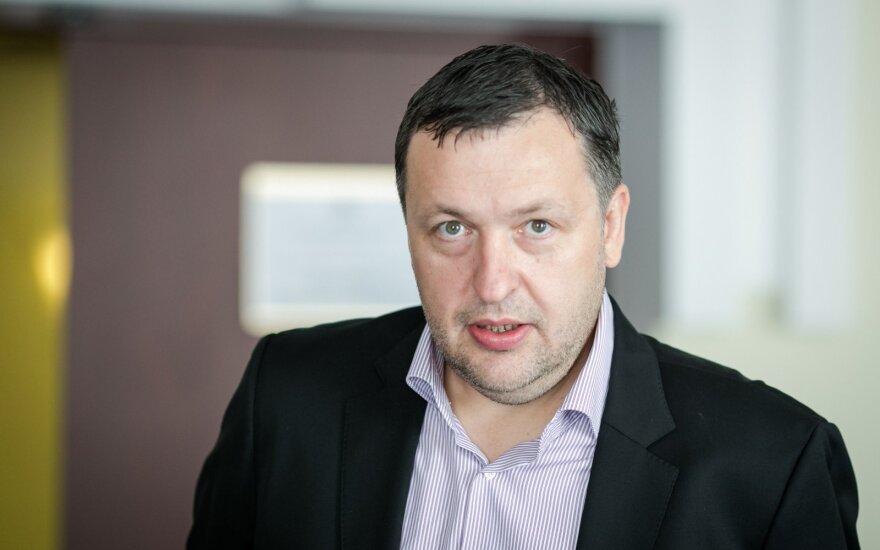 According to the ‘’Lithuanian corruption map’’ data, Lithuanian society considers the most corrupt institutions to be health institutions, the Parliament, courts, municipalities and political parties. In my opinion, the most harmful corruption, at least finance wise, is caused by non–transparent deals in the in the area of public procurement – it halts the country’s progress. Every year public procurement deals in Lithuania account for approximately 4 million euros. This is a huge amount of money from taxpayers. I strongly argue that it is possible to create conditions which would ensure bigger competition and openness in public procurement.

One key example which I suggest for the new Government to revise is to increase transparency by paying more attention to the project on the reconstruction work of the Vilnius Concert and Sports Hall. According to the state enterprise – bank ’’Turto bankas’’, the preliminary cost of the project, including building acquisition, will reach 34 million euros! The estimates of the costs just get bigger, and where all this money is coming from is not clear. The funding comes partly from the state but there are blurred lines concerning where the rest of the investment comes from. For example, there is a plan to request funding from a special fund to fight climate change? Moreover, the project includes controversial aspects of funding to preserve soviet architectural heritage which sparks conflict amongst ethnic communities.

The public procurement office expressed doubts on the price of the reconstruction. Therefore, the state enterprise ‘’Turto bankas’’ is obligated to reconsider its budget. So far, the procurement process is continuing. This bad practice should be stopped to answer all the doubts and questions given by the institutions. The procurement office presented the conclusion that financial resources had been planned inadequately; the price of the project that was agreed on during unpublished negations is way too high.

I agree with D. Vilyte, the head of the procurement office, that an economic project like this seen to have such high value for the country, should clearly demonstrate top class transparency standards. Unfortunately, according to D. Vilytė, ‘’the contest for public procurement of high financial value from its early stage presents negative sides such as lack of competition assurance, irrational use of funds, lack of transparency’’.

The new chairman of the Parliament has expressed similar concerns. We have plenty of arenas and sports centres that require extra support from public institutions. The renovation work on the Vilnius Concert and Sports Hall might top all these expenditures.

The Lithuanian authorities acknowledged that the project would not be carried out without public funding as a facility like the VCC is not sufficiently profitable for a private investor and thus not economically viable. The funding gap analysis demonstrates that the operating profit over a period of 15 years (EUR 3.150 million) will not cover the full investment costs of the project. As a comparison, the Lithuanian Exhibition and Congress Centre (LITEXPO) profit was 800,000 euros in 2016 (to project it for 15 years it could reach 12 mln. eur or more). Do we really want to delegate taxpayers’ money to cover 31 mln missing euros of the 34 mln euros total budget?

Another mechanism of funds ‘‘assimilation‘‘?

D. Vilytė has advised‘’Turto bankas’’ to reconsider the budget of the project and discuss it with other responsible institutions because the final decision which would approve the funding without reservation is not a given. Almost a year ago there was an estimated request for 8 million euros from the special fund to fight climate change. The project is trying to justify that this money will be used to increase the energy effectiveness of the building!

However, when the whole contest of this public procurement raises doubts about transparency, do we really want to ask for additional money from the special fund which was established especially to improve the quality of environment and atmosphere? At the moment, the project managers have not applied to the Ministry of Environment yet, to receive additional money from the mentioned financial source. I strongly believe that we cannot let people think that we have saved not only the architectural heritage from the Soviet Union, but also the same pattern of thinking.

Lithuanian architects have already raised questions whether it is beneficial to try saving architectural buildings from the Soviet Union time that cause environmental problems. If we agree to save some of them, we have to do it with transparency by using properly special funds and taxpayers money. If after starting the investigation of the project a track of corruption would be found taxpayers, would have to pay for these mistakes and trust in public institutions will decrease even more than it is now.

I have written a letter to the Special Investigation Service of the Republic of Lithuania, asking to look into this. If it is not possible to implement such a project without a ‘’corruption shadow’’, maybe then it is a better idea to tear down this building of questionable cultural value which causes damage not only for the city but also raises conflict among religious communities in the country. Why not invest in something with a serious public value that progresses Lithuania? How about the idea to transparently buy a micro laptop / microcomputer for every child at school!

MEP Antanas Guoga , former member of the Lithuanian Liberal Movemen t, has transferred to the right...

Corruption barometer: 1 in 4 Lithuanians paid bribe in past year

Lithuania remains among the most corrupt European countries – although Lithuanian residents paid...

Antanas Guoga on the future of Lithuanian politics

Former acting Chairman for the Liberal Movement Antanas Guoga has shared his predictions on the...

Lithuanian member of the European Parliament Antanas Guoga has offered a bet to Britain's Nigel...