BNS EN
aA
MEP Zigmantas Balčytis will run for the post of leader of the Lithuanian Social Democratic Party (LSDP), but his colleague Vilija Blinkevičiutė is unlikely to join the leadership race after being chosen to head an important committee at the European Parliament (EP). 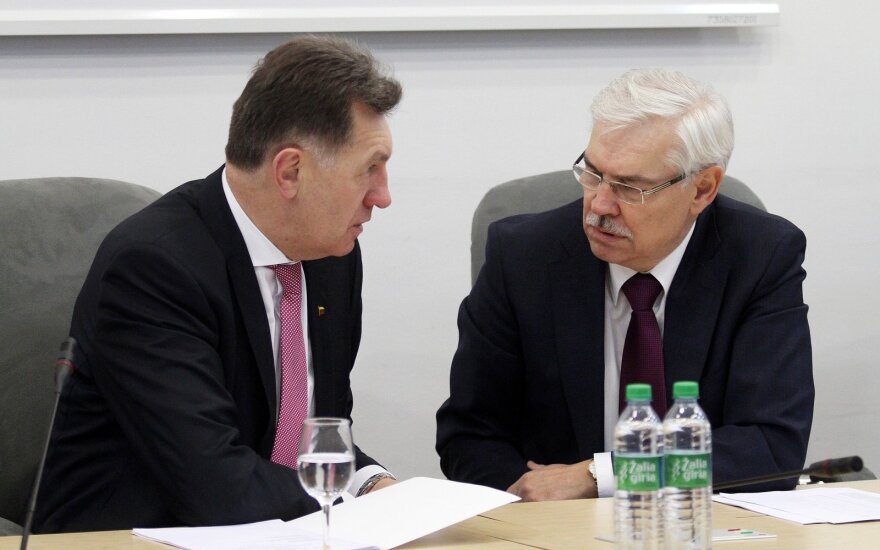 "I have made up my mind to run. As to changes, first of all, we must go back to the fundamentals, to the ideology," Balčytis told BNS.

"If I am elected the party's chairman, I will leave my post at the European Parliament right away," he added.

Blinkevičiutė, who was approved on Wednesday as chairperson of the Committee on Women's Rights and Gender Equality (FEMM), told BNS that she would most probably be unable to reconcile her duties at the EP and with those at the party.

"I need to put all of my thoughts in order, think things over and make up my mind, because it has been only a few hours since my appointment as chairwoman of the committee. Do not expect a final answer, but there is a high likelihood of 'no'," she told BNS.

Algirdas Butkevičius, the incumbent chairman, said last week that he would not seek re-election.

The Social Democrats will elect their leader in a direct election for the first time. Its chairpersons were until now elected during the party's congresses.

The election is tentatively planned for April, with the results to be announced in early May.

Butkevičius was not allowed to resign as SocDem chairman (1)

Prime Minister Algirdas Butkevičius attempted to resign from party leadership, but the party did...