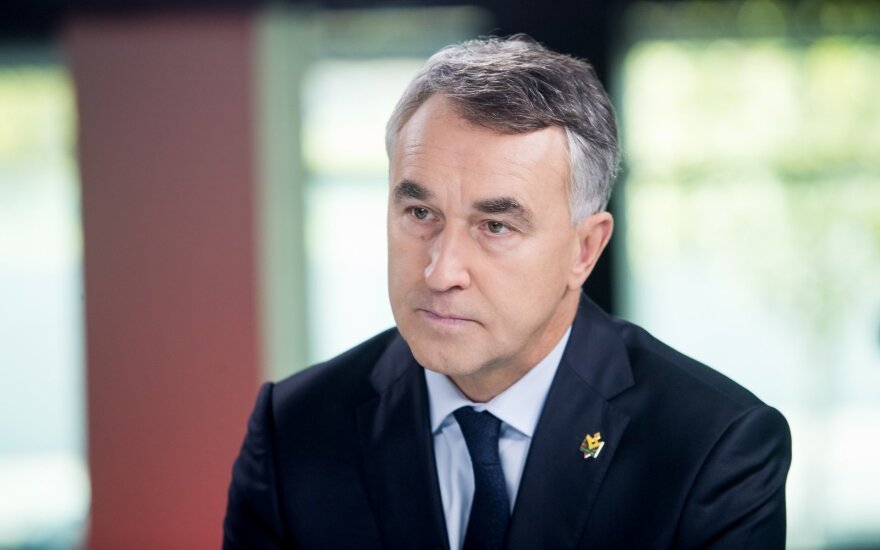 "Me and my colleague Biedron, who is the head of the Belarusian delegations and I am a rapporteur on Belarus on the Foreign Affairs Committee, wanted to visit Belarus and see ourselves and speak with civil society, the diplomatic corps, opposition parties. But it turned out that my colleague was detained at Minsk Airport and deported to Vilnius, and my tickets were cancelled. I went to the airport and was told I had not right to fly to Minsk," Austrevicius told BNS on Friday night.

"The system is working and is defending itself from external influence and at the same time it is closing from within, not willing to let those who can say something different from what the authorities want in," the Lithuanian MEP said.

Austrevicius says it's an "unprecedented" case, adding that Belarus is following in Russia's footsteps, which is "a very bad path the Belarusian authorities are taking".

Austrevicius hopes the European Parliament's leadership will react to this situation. "It will definitely not improve the relations. They are wrong and will not frighten us," he said.

Protests and bloody clashed between demonstrators and law enforcement officers broke out last Monday following last Sunday's presidential election in Belarus. Loyal to President Alexander Lukashenko, the Belarusian election commission declared that he received 80 percent of votes and was re-elected for a sixth term.

Alexander Lukashenko cannot be regarded as the legitimate president of Belarus because the...