aA
Men dominate central banks, finance ministries and boardrooms throughout Europe with only one in every 25 top jobs held by a woman, according to a new report on equality between women and men. 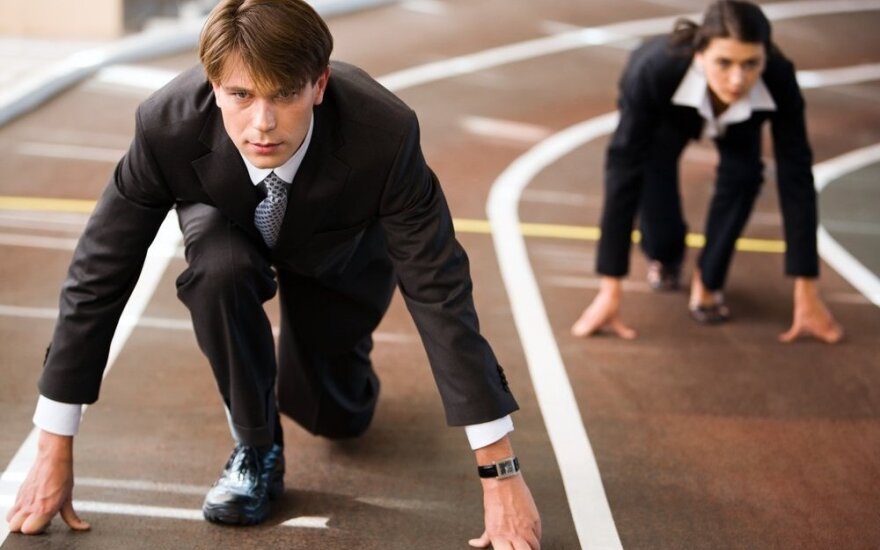 An in-depth study "Gender Equality in Power and Decision-Making" by the European Institute for Gender Equality (EIGE) showed that while women occupy one-third of top political roles in the European Union, in finance they are much less well-represented.

"The money belongs to all of us," says EIGE’s Director Virginija Langbakk. "Why is it that only men get to decide how it is spent? It’s like something out of the 19th century!"

The report looks at how men and women are represented in power and decision-making positions in the public, economic and social sectors in all 28 EU Member States between 2003 and 2014.

While progress has been made in many areas, especially in politics, it has been almost non-existent in finance, the report concludes. Of the 28 central bank governors, only one – of Cyprus – is a woman; and there are only two women finance ministers – from Romania and Sweden. Of the biggest companies publicly listed in the EU only 4 % have women Chief Executives.

"Control of the money is still dominated by men," says Langbakk. "We’ve all become more aware of women’s role in politics and other areas and we’ve made some progress there, but still not in finance. It’s time finance caught up."

EIGE, the Vilnius-based agency responsible for gathering and spreading information on the progress of equality between women and men in the EU, says the key factor is commitment. Awareness-raising and legal or voluntary quotas are among the options available to the Member States to promote more women to top jobs.

The report concludes that the lack of women in central banking is a result of social structures: persistent male dominant gender roles and continued gender stereotyping that lead to gender-biased recruitment and promotion procedures.

The report also has positive news. While the number of Chief Executives of publicly listed companies is extremely low, women’s overall representation on corporate boards has gradually increased from 9 percent in 2003 to 20 percent in 2014, in particular among Member States where binding legislation is in effect.

In politics gender-stereotyping still plays a role with men dominating political portfolios such as defence, justice and foreign policy while women are concentrated in ministries with socio-cultural functions, such as education, health and culture.