BNS
aA
Lithuania's Health Minister Aurelijus Veryga got the biggest media focus during the first year of the government's term, while Energy Minister Žygimantas Vaičiūnas got the least attention from the press. 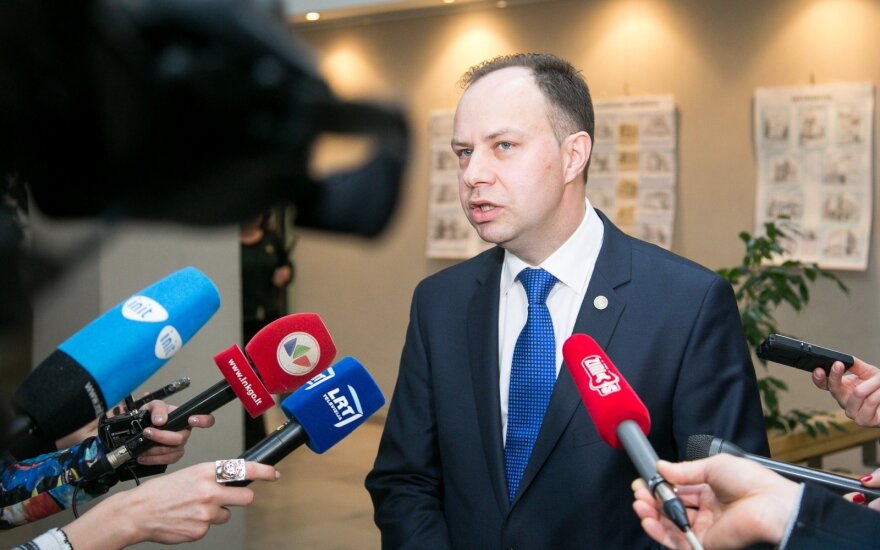 Experts say Veryga's visibility was due to the measures to restrict alcohol consumption and the situation surrounding the prescription medication. The second place is held by Education and Science Minister Jurgita Petrauskienė due to the initiative to restructure the university network.

The data was received by BNS from Lithuania's media monitoring and research company Mediaskopas.

The government of Saulius Skvernelis was sworn in exactly a year ago – on Dec. 13 of 2016.

From that day, Veryga was mentioned in more than 16,000 media reports.

Vilūnė Kairienė, head of monitoring and analysis division at Mediaskopas, he was in particular spotlight in May during the parliamentary discussion of the measures to limit accessibility of alcohol and in November media reports of the situation in pharmacies that started demanding prescription for some of the medication.

Petrauskienė, the education and science minister, is far behind Veryga in terms of mentions – she was mentioned in nearly 9,000 reports. Her activities drew the biggest focus in January when the government presented the guidelines for restructuring of the university network.

Foreign Minister Linas Linkevičius is third on the list. Kairienė said the mentions in September and October were not about his activities as the diplomacy chief but about his decision to leave the Lithuanian Social Democratic Party.

The energy minister, Vaičiūnas, is least visible in the media – he was mentioned six times less than Veryga. Other ministers with little media attention include Justice Minister Milda Vainiutė and Interior Minister Eimutis Misiūnas.

The Lithuanian Health Ministry and health professionals' organizations agreed on Thursday that...

Seimas discusses 2018 budget drafts, sends it back to cabinet

Seimas has completed the first hearing of the 2018 budget draft and sent it back to the cabinet,...