Reuters
aA
The babies are blissfully unaware, but the basement of a maternity hospital in the eastern Ukrainian city of Donetsk is now a bomb shelter for the newborns. 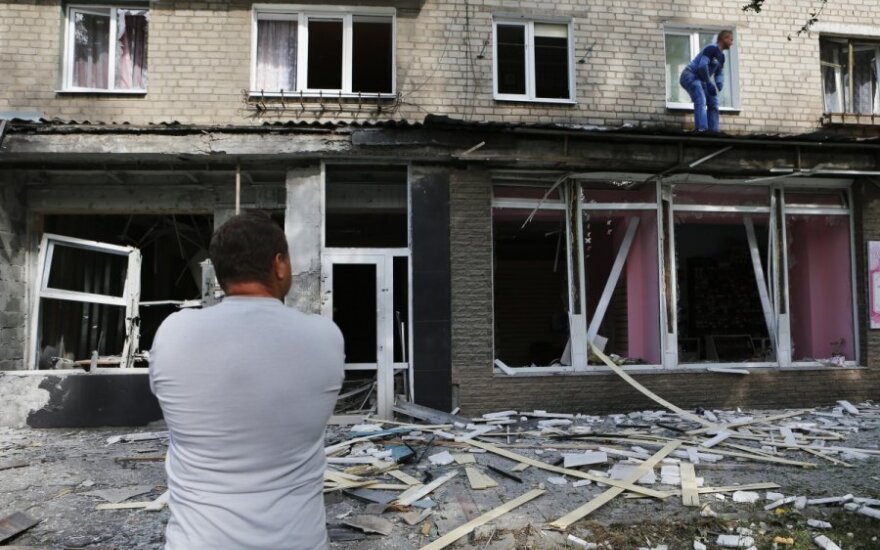 The hospital has converted the conference room to make space for incubators.

Twice last week, staff, mothers and babies went into the cellar to escape the shelling on the embattled city.

The nurses say the sounds of the shelling make the infants anxious.

"We keep children in incubators now and therefore we are trying to do our best to ensure the bombing does not have an effect on the children," says a worker at the hospital. "But you have to understand that we cannot guess the effect of each bombing on children, they are varied."

More than 60 babies were born here in an average week at this time last year, before the fighting between rebels and government forces began.

But only a handful of mothers gave birth last week.

One of them is 26-year-old Irina Podturkina. She gave birth to a boy as the sound of shelling boomed through the city.

"It is a very difficult situation, we stayed behind because we were pressed for time and that is why we did not leave. Only the baby held us back here," says Podturkina.

"Life goes on in spite of it all; it's just that it's now a little frightening. We want peace and quiet," she says.

Tape on the windows in the Soviet-era building that houses the hospital prevents glass from shattering into the rooms.

The buzz of the bare light bulbs echo off the damp walls.

The staff keep the lights on permanently so they can keep watch on the babies as the mortars fall outside.

Lithuania to give food and medical supplies to Ukraine

Lithuania's Ministry of National Defence said on Tuesday it would provide dried food rations and...

The chief prosecutor of Vilnius Regional Prosecutor's Office cancelled the decision of a prosecutor...