Masiulis-gate a disaster for him, not Liberal party, say analysts 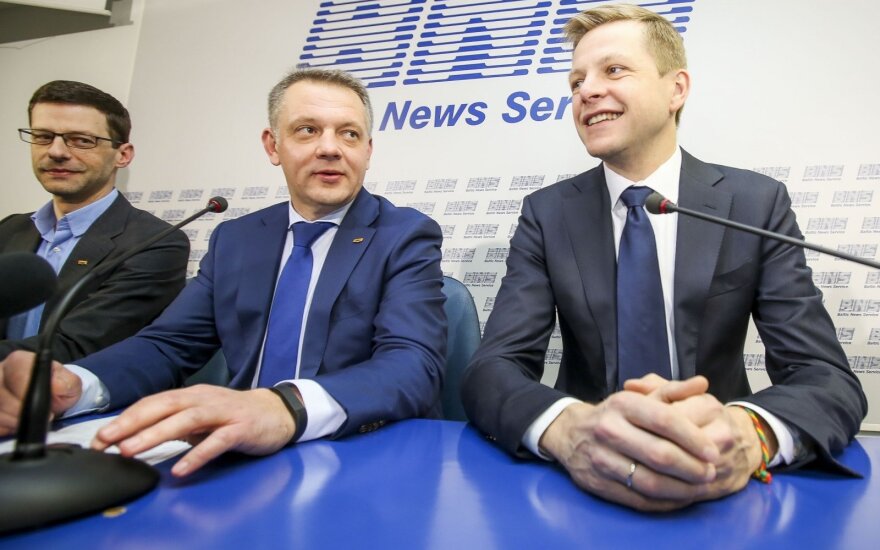 The controversy surrounding an alleged €100,000 payment to former Liberal Movement leader Eligijus Masiulis has been a disaster for his ratings but the party itself with new leadership could do even better in upcoming elections, said analysts.

Under the new leadership of Remigijus Šimašius and Eugenijus Gentvilas, the Liberals are managing quite well so far said sociologist Vladas Gaidys, pointing to the liberals running in foruth place in the latest polls.

Political scientist Algis Krupavičius said he believed the liberals could do even better than in the last elections.

“I think the liberals should be in fourth place after Lithuanian Social Democratic Party, Lithuanian Peasant and Greens Union (LVŽS) and the Homeland Union-Lithuanian Christian Democrats (TS-LKD),” said Gaidys.

“In my head, as a new political entity the Peasant and Greens Union can win the most,” said journalist Edmundas Jakilaitis. “I would not be so bold to say who will be in power. I think it really will be the peasants and greens, but who else - difficult to say.”

“Public opinion surveys have put the question who would be voter‘s second choice. Liberal Movement voters often chose the Social Democrats. Apparently, the social democrats can win the most out of these second votes,” said Vytautas Magnus University professor Krupavičius.

“The Homeland Union and the Peasant and Greens can also win something. The rating of the latter goes up very fast - they have chances to take the second place in the party ratings. Under favourable conditions and with an extremely good election campaign, they have the potential to compete with the social democrats,” said Krupavičius.

According to an opinion poll carried out by Spinter tyrimai, the Liberal Movement was the second most popular party in Lithuania in April with 15.5% support, but that was before the Masiulis crisis hit the party.

Šimašius distances himself from business group accused of bribing Masiulis

Acting Chairman of the Liberal Movement and Mayor of Vilnius Remigijus Šimašius is distancing...

Lithuanian MEP Antanas Guoga is "the closest thing the [European] Parliament has to a Donald Trump...

Most of the media coverage of the investigation into and controversy surrounding the allegations...