BNS
aA
Mandatory refugee quotas for EU member states would run counter to legal practice, therefore, such decisions should be made on a voluntary basis, Lithuanian Minister of Foreign Affairs Linas Linkevičius says. 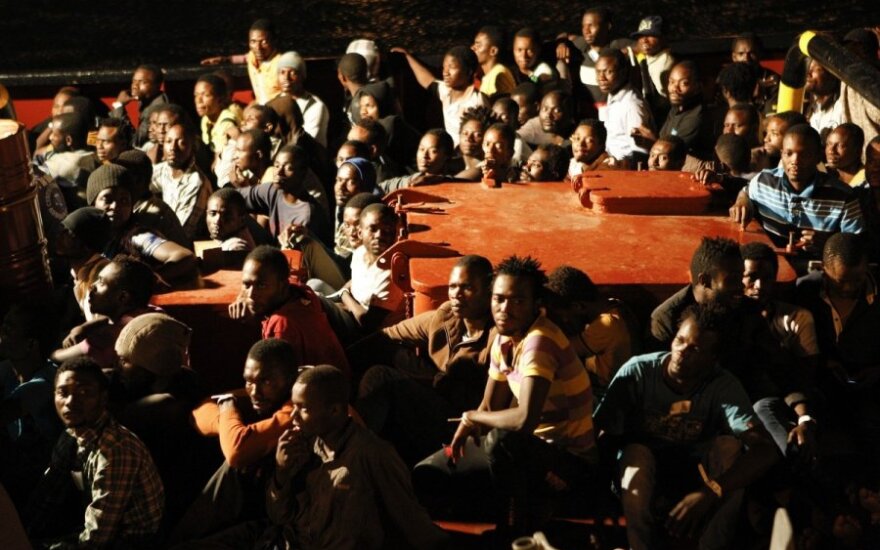 The European Commission is suggesting that Lithuania should accept over 200 refugees from third countries and later examine over 1 percent of asylum applications. The issue, aimed at reducing the existing burden on Southern European countries, was on Wednesday discussed at a closed-door sitting of the Lithuanian Seimas' Foreign Affairs and European Affairs Committees.

"We are convinced that solidarity is necessary and we must share the burden. But, as the majority of my EU counterparts believe, I think it should be made on a voluntary basis," Linkevičius told journalists after the sitting.

"The majority of countries doubt whether the quotas should be mandatory. In our opinion, it would run counter to the existing legal practice. Besides, the European Council agreed otherwise in April that it would be a voluntary contribution," the minister said.

He also added that it would be difficult to meet the quotas due to refugees' different expectations.

"It's very difficult to set quotas for different reasons. Migrants are not a commodity, they are people with interests, and you cannot tell them where they should go. They have their interests, and some of them are based on economic reasons. It's difficult to introduce criteria as GDP, the unemployment level cannot define everything. There's a social base, the capability to accept those people," the Lithuanian foreign minister said.

Linkevičius did not discount the possibility, however, that Lithuania might still accept a certain number of refugees, but that would be decided after the country's capabilities were evaluated.

"We can now do that (accept refugees), if we decide that we are capable of doing that," he said.

The EU Commission's proposal is aimed at reducing the existing burden for Southern European countries in dealing with refugees from Africa.