Eglė Samoškaitė, Mindaugas Jackevičius,
DELFI EN
aA
Lithuania's Minister of Foreign Affairs Linas Linkevičius says that the crash of the Malaysia Airlines plane over rebel-controlled eastern Ukraine will be a breaking point in how Western states treat the bloody conflict that has been raging in the country for months. 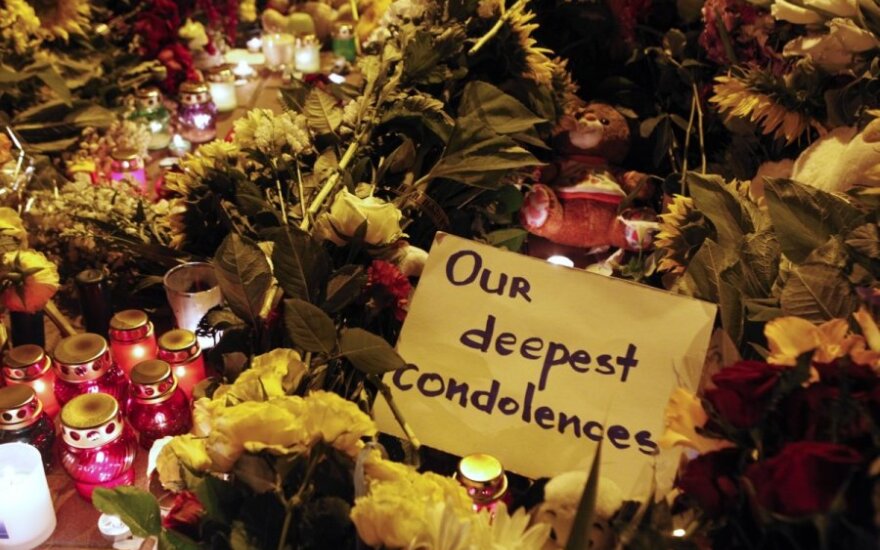 If until yesterday it was seen as a more or less local conflict, it has become one of a much wider reach, as nationals of at least nine countries were victims of what Ukraine's President Petro Poroshenko called a "terrorist act".

Laurynas Kasčiūnas of the Centre for Eastern European Studies agrees that the downing of a civilian plane will be a turning point in the Ukrainian-Russian conflict.

According to latest estimates, 298 people died in the crash. Malaysia Airlines has revealed that 154 of them were Dutch nationals, 27 Australians, 28 Malaysians, 12 Indonesians, nine UK citizens, four Germans, four Belgians, three people from the Philippines and one from Canada.

Linkevičius: Suggestions keep emerging about who could have done this

"For the first time, the conflict claimed victims who are citizens of Western countries, over half of them Dutch nationals. So if before, the conflict was seen as a local one, it has become much broader in scale and can be a breaking point in how everyone sees the situation. 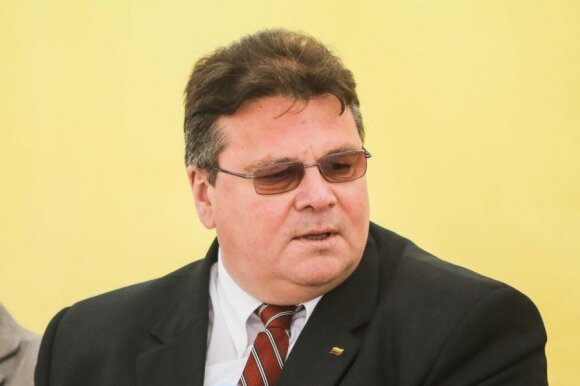 "There's little or no doubt that it was a result of military action, that it's not just an accident - the plane was hit with a missile. Suggestions keep emerging about who could have done this. We know that heavy artillery has been ceaselessly moving across the unprotected border to Ukraine, missile systems, tanks. We have warned about this many times. Groups with little regard to rules or ethics got hold of these weapons, we have witnessed it many times. Something shocking was bound to happen," Linkevičius tells DELFI.

"What happened is a great disaster and it could become a turning point in how everyone sees the situation," adds the minister.

As to whether it will make Western countries more invested into the Ukrainian crisis, Minister Linkevičius says predictions are difficult to make at this point, however, he adds, the pro-Russian separatist in eastern Ukraine did not immediately allow Ukrainian rescue services enter the crash zone.

"An independent investigation is of crucial importance now. Let me stress that we are talking about a territory controlled by separatists who did not immediately let special services - firefighters, doctors - come through. That's not good. An independent, objective and efficient investigation is a must. The guilty ones must be brought to justice. I think this will be one reason among many to give an answer to a question I have sometimes raised - how many people have to die in order that we understand what is happening in the region. This tragedy is a case in point," according to Linkevičius.

The Lithuanian foreign minister thinks that the plane crash can be an incentive for European states to coordinate their actions more decisively in order to show that the EU can act as one.

"Until now, efforts on our part to stop aggression, express concern, have not been entirely sufficient to de-escalate the situation," Linkevičius says.

Kasčiūnas: It will be a breaking point

Laurynas Kasčiūnas, an analyst with the Vilnius-based Centre for Eastern European Studies, thinks that the downing of a civilian aircraft will be a breaking point in Ukrainian-Russian conflict.

"The break must, first, happen in the informational arena and then, I think, we will see more political and military measures taken in order to end this separatist conflict. Admittedly, (Russian President) Vladimir Putin's comments show attempts to put the blame on the Ukrainians who allegedly failed to control the situation. Thus begins the information war, but the Russians will hardly be able to win it, since, as far as I'm aware, evidence suggests that it was a surface-to-air missile launched from the terrorist-controlled territory. I think they signed their own sentence," Kasčiūnas says. 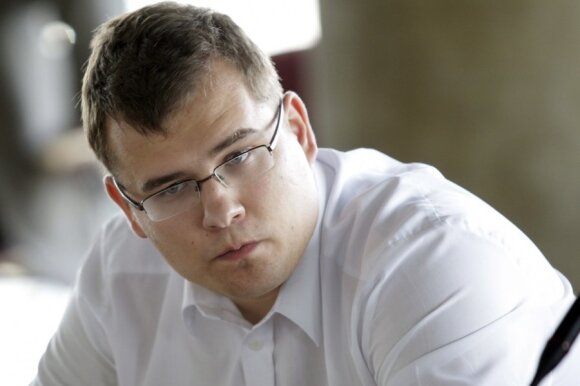 He adds that Putin might have harder time providing supplies for the separatists from now on - he will have to intervene and "cut the umbilical cord".

The analyst says much will depend on the ability of US technologies to determine the exact point from which the missile was launched, but the conclusion will help determine the guilty party. The most significant turning point, he says, will be in the information front. Recently, the media have been loosing interest in the Ukraine crisis, with developments in Israel and the Palestinian territories pushing it to the margins. Now, the world once again focused its attention on Ukraine.

Kasčiūnas thinks another important factor will be the number of US nationals that perished in the crash. Initial estimates on Thursday night suggested some 20 Americans could have been on board, but later tallies did not include any mention of US nationals. According to Kasčiūnas, if Americans do appear to be among the victims, this will put pressure on President Barack Obama to intervene.

Lithuania's President Dalia Grybauskaitė and other top officials have conveyed condolences over the...