BNS
aA
The majority of Lithuanian political experts believe the ongoing protests in Belarus will gradually die down or will be suppressed and Alexander Lukashenko will stay in power, according to the results of a survey presented by the Easter Europe Studies Center on Friday.
Sekite svarbiausias naujienas socialiniuose tinkluose! 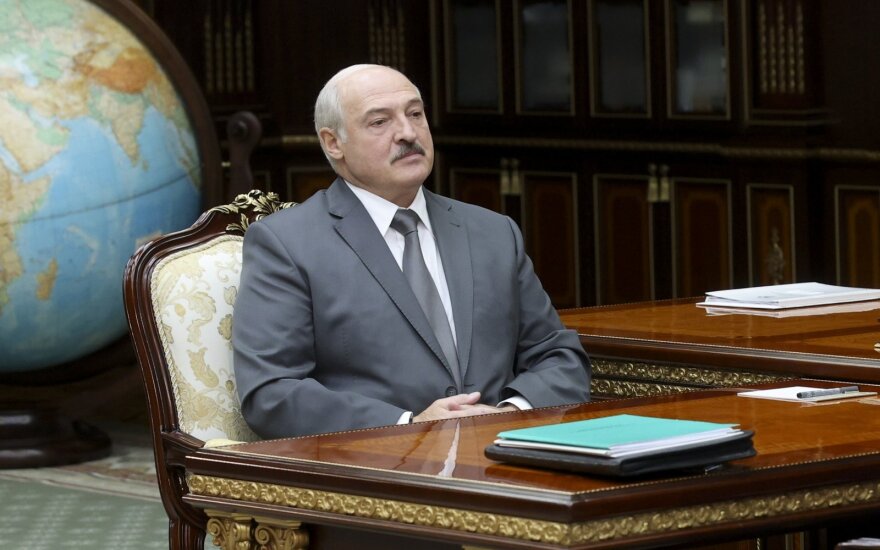 Six out of the eleven questioned experts, including political scientists and incumbent or former diplomats, believe this is the most likely scenario.

"The protests are taking the routine shape and do not show the signs of upward growth. It makes one think how long it might take and whether those routine protests might lead to an eventual collapse. Experts believe it will probably not," Professor Tomas Janeliunas, on of the survey's authors, said during its presentation in Vilnius on Friday.

Two experts in both cases believe that the Kremlin will get involved in the Belarusian crisis to save the Lukashenko regime and him personally, and also that resistance to the regime will evolve into continuous forms and will eventually bring the Belarusian regime to the limit of an economic regime.

One responder believes the protests will grow and Lukashenko will be forced to negotiate with representatives of the opposition regarding possible changes or decisions.

The authors of the survey say none of the surveyed experts picked the option that the ongoing protests would evolve into same radical form and Lukashenko would be forced to leave or the Kremlin would get involved in the Belarusian crisis to replace Lukashenko with a more favorable leader.

Janeliunas says the majority of the experts believe the most important internal factor having influence on political processes is that Belarusian force structures support Lukashenko. And the key external factor is the Kremlin's decision to back Lukashenko or look for another solution to the situation.

The Lithuanian government on Wednesday formally approved a plan to support victims of repression by...

Border chief: over 50 Belarusians come to Lithuania after election

Over 50 people from Belarus have arrived in Lithuania in the wake of the neighboring country's...

Lithuania and Ukraine are holding the same position on the situation in Belarus and are calling...