(1)
BNS
aA
Over a half of Lithuanian residents are satisfied with the way the country's government has resolved the coronavirus-induced crisis, a survey by Vilmorus for BNS has revealed. 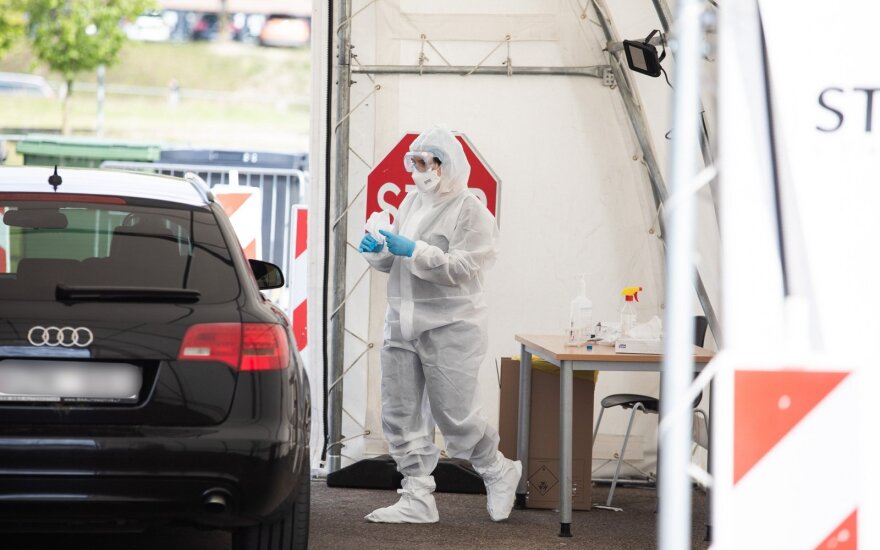 Carried out on June 5-13, the poll showed that 58.8 people were satisfied with the central government's actions, 26.4 said they were not satisfied and 14.8 percent had no opinion.

Older people were more satisfied with the government's actions, compared to younger people, the survey revealed. A noticeable difference was also recorded based on the place of residence as Vilnius residents had worse opinions about the government's work then residents of other cities and rural areas.

The government placed the country under lockdown on March 16 and announced a 5 billion euro economic stimulus plan. It started lifting quarantine restrictions in the middle of April and ended the lockdown completely on June 17, with the assistance plan for businesses and residents is being regularly reviewed.

Government representatives say resolute actions have helped to take the pandemic under control as the morbidity and mortality rates in Lithuania are above the EU average, despite the fact that other countries are doing more tests.

The country's responsible fiscal policy so far has allowed it to borrow cheaply and use the funds to mitigate the consequences of the coronavirus crisis and stimulate the economy.

Members of the opposition, however, say medics lacked personal protection equipment and tests at the beginning of the crisis and the government hid the true situation. Moreover, there have been problems with the provision of other medical services, business assistance is stalling, and borrowed funds are being spent non-transparently.

The question: "Are you satisfied or not satisfied with the way the Government of Lithuania has resolved the coronavirus-induced crisis?"

The survey involved interview of 1,000 Lithuanian residents over 18 in 25 cities and 42 villages.

On Thursday, Lithuania has detected 8 new coronavirus cases. Since the outbreak of the pandemic 1 792...

As Lithuania ended the lockdown on 17th of June only 2 new COVID-19 cases were detected in the country...

The Lithuanian Health Ministry published on Tuesday a list of 45 countries most affected by the...

On Sunday, 3 new COVID-19 cases were detected in Lithuania. Overall, there have been 1 801 recorded...

On Wednesday, 2 new coronavirus cases were detected in Lithuania. Overall, it adds to 1806 confirmed...