BNS
aA
A major political corruption case involving MG Baltic, one of Lithuania's largest business groups, and two political parties went for trial on Thursday, but the first hearing was adjourned to Friday due to the absence of MP Gintaras Steponavičius, a defendant. 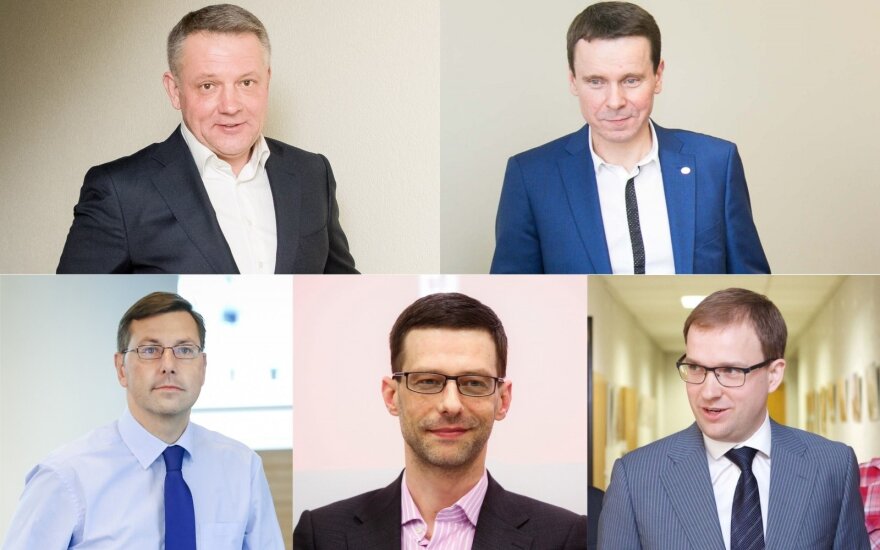 Thursday's hearing at the Vilnius Regional Court lasted more than ten minutes and is scheduled to resume on Friday afternoon after Steponavičius returns from a business trip.

Linas Belevičius, a lawyer representing MG Baltic, plans request on Friday the disqualification of the entire panel of judges hearing the case. He did not say on what grounds.

Steponavičius' lawyer informed the court on Thursday that his client was on a trip to Finland that had been pre-planned and approved by the Seimas Board. The lawmaker is to return to Lithuania later on Thursday.

Charges in the case have been brought against three legal entities -- MG Baltic, the Liberal Movement and the Labor Party -- and a number of natural persons, including three former members of the Liberal Movement -- Steponavičius, Eligijus Masiulis and Šarūnas Gustainis -- and Vytautas Gapšys, a former Labor Party lawmaker, as well as Raimondas Kurlianskis, a former vice-president of MG Baltic.

Prosecutors suspect that the politicians took or negotiated bribes with Kurlianskis and later tabled or supported initiatives at the parliament or other institutions in favor of the business group.

Masiulis, a former leader of the Liberal Movement, is charged with influence peddling, bribery and unlawful enrichment. Steponavičius, the party's former vice-chairman, stands trial for abuse of office, and Gustainis, a former member of the Vilnius City Council, is charged with bribery. Gapšys and Kurlianskis stand trial for bribery and influence peddling.

All the accused have denied any wrongdoing.

As part of their pre-trial investigation, prosecutors questioned more than 150 individuals, including over 50 members of the current and former parliaments, a few former ministers and members of the European Parliament. Over 200 interrogations and 30 searches were conducted.

Masiulis, Kurlianskis, Gapšys and Gustainis were present in court on Thursday. The process involves 10 defense lawyers.

"I'm not a clairvoyant," Justas Laucius, the public prosecutor in the trial, told reporters when asked how long the trial might last.

The Seimas of Lithuania on Tuesday approved the conclusions of the parliamentary Committee on...

MG Baltic case. How at the group’s behest, a conservative strove to harm Landsbergis and why Steponavičius lowered himself

The leader of the ruling Lithuanian Farmers and Greens Union ( LVŽS ) expects the Seimas to set up...

Interest groups' interference in Lithuania's political process was systematic and went on for years,...