(3)
DELFI EN
aA
After Russian Minister of Foreign Affairs Sergey Lavrov made allegations that Polish and Lithuanian mercenaries were fighting in Ukraine, the Russian media took upon itself to find proof for the minister's claims. 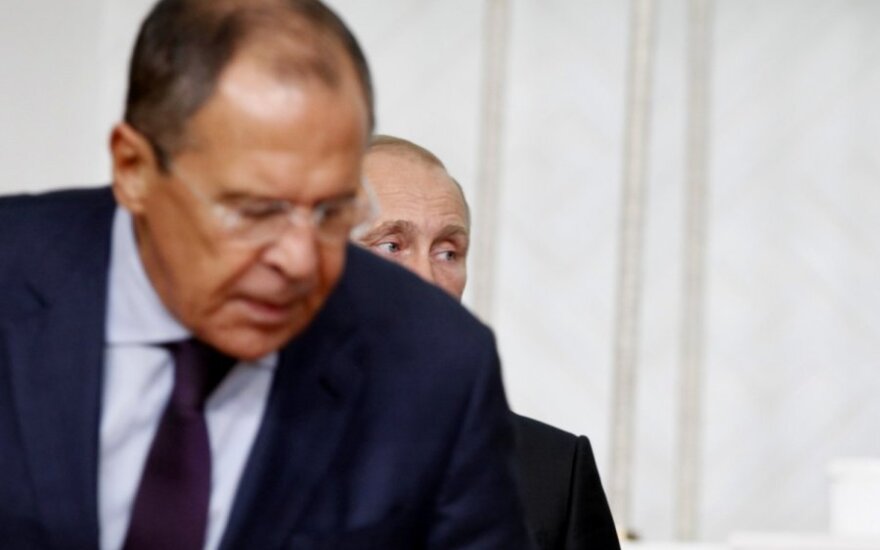 Rubaltic.ru has unearthed a story from one month ago about Yakaterina Semyonova from Kharkiv, Ukraine, who was allegedly looking for her missing lover, Lithuanian captain Remigijus Šinkūnas. It was reported that Šinkūnas had come to Ukraine to teach in a Kharkiv military school; he allegedly met Yakaterina there but, twelve days later, told her he was being sent off to Dnipropetrovsk and had not been heard from since.

According to the story, officers of the Kharkiv police came to Yakaterina and showed her Šimkūnas' passport: it was allegedly found at a military rocket launch site, proving the Lithuanian was involved with the Ukrainian military.

However, the photo in the passport that was claimed to belong to Šimkūnas later revealed the document was forged. A passport with that number belongs to another Lithuanian citizen.

"This is just one more information attack against Lithuania. The passport is forged, a document with that number has been issued to a different person. What we see is a propaganda and misinformation campaign conducted with the help of made-up stories and forged documents," says Rasa Jakilaitienė, spokeswoman to the Lithuanian minister of foreign affairs.

On Monday, Russian Foreign Minister Lavrov told Bloomberg that Lithuanian and Polish nationals were fighting in Ukraine, in "battalions formed and funded by oligarchs".

The interview, which was posted on the website of the Russian Foreign Ministry, was not the first time that Poland and Lithuania had been accused of sending troops to Ukraine. In his notorious speech in Crimea, Russian President Vladimir Putin made similar claims right after Russia annexed the peninsula.

According to political observers, Russian leaders are thus trying to back their more abstract claims that Western countries are interfering into what they say is Ukraine's domestic conflict. Moreover, Moscow keeps denying its own involvement in the crisis, even though NATO has reported about the presence of Russian regular troops on the Ukrainian soil.

Russian Foreign Minister Sergey Lavrov has stated that many Poles and Lithuanians are fighting in...

With the September 30 review of EU sanctions against Russia approaching, the Baltic states are among...

Could Putin's troops be in Warsaw and Vilnius in two days? (4)

“If I wanted, in two days I could have Russian troops not only in Kiev, but also in Riga, Vilnius,...