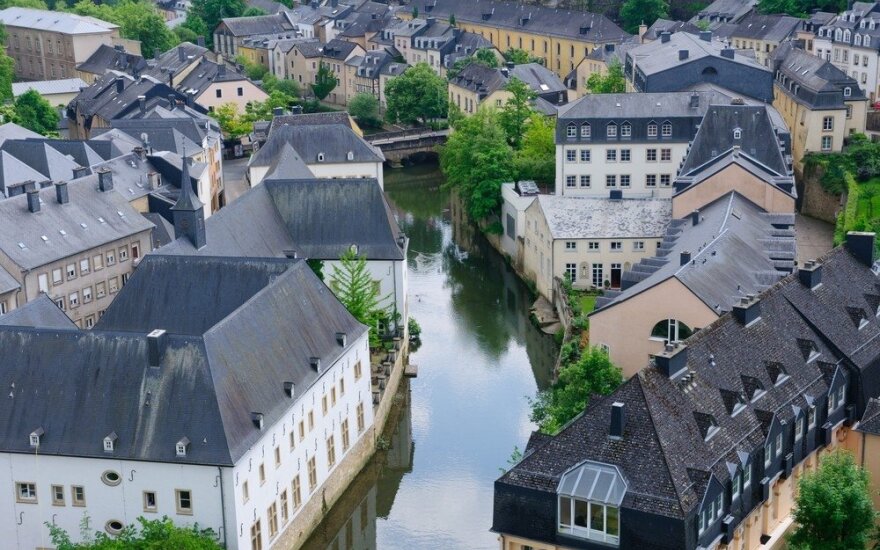 He is accompanied by Deputy Prime Minister Etienne Schneider, who is also the minister for economy, defense and internal security, and Jean Asselborn, the minister for foreign and European Affairs and for immigration and asylum, as well as a 40-member business delegation, the Lithuanian president's office said.

President Dalia Grybauskaitė and Grand Duke Henri will discuss bilateral relations and cooperation in the European Union and NATO, with special focus to be placed on strengthening defense and security.

"Luxembourg is an active contributor to security in the Baltic states and NATO's eastern flank. Its soldiers are serving in NATO's forward presence battalion in Lithuania. Since 2014, Luxembourg rotating troops have been regularly taking part in military exercises in our country," the president's office said in a press release.

Although Luxembourg has no air force of its own, it has repeatedly contributed to NATO's Baltic air policing mission financially, it said.

A bilateral agreement on cooperation in renewable energy will be signed at the presidential palace.

"Lithuania exceeds the requirements. Renewable energy already accounts for almost 25 percent (of our total electricity supply) and we target 30 percent, which is well above the minimum requirements in Europe," Grybauskaitė said on LRT Radio on Thursday morning.

"Luxembourg, a small country, does not have such possibilities, and we will sign a certain agreement on Thursday to sell a part of that quota and we will use the money, over 10 million euros, for further development of renewable energy in Lithuania," she said.

The president added that this would be the first such agreement in Europe.

"We see that we can not only expect help from others, but we can also help Luxembourg in such an interesting form -- this will be the first such European agreement -- and, at the same time, use these funds for our benefit," she said.

The two heads of state will also discuss the expansion of business contacts and closer cooperation ties in innovation, scientific research and high technologies, according to the press release.

Following their official meeting at the presidential palace, President Grybauskaitė and Grand Duke Henri will open the first Lithuania-Luxembourg business forum, which will focus on the development of transport, logistics, financial and information technologies.

On Friday, Henri, accompanied by Grybauskaitė, will go Pabradė, a training area close to Vilnius, to meet with Luxembourg's soldiers serving in NATO's multinational battalion.

Several tens of troops from Luxembourg arrived in the port of Klaipeda on Monday evening to join...

Luxembourg 's troops are arriving in Lithuania on Monday to join the combat group of the NATO...

Lithuania and Luxembourg signed on Thursday a renewable energy deal, the first of its kind in the...

Luxembourg wants to cooperate with Lithuania in telecoms, finance, IT

Luxembourg wants to cooperate with Lithuania in the areas of telecommunications, information and...

Guenther Oettinger , the EU commissioner in charge of budget and human resources, is to come on a...