BNS
aA
Belarusian President Alexander Lukashenko is interested in the continuity of the Ukrainian war as it helps to disguise his country's internal problems and avoid the West's criticism for non-democratic processes, says Anatoly Lyabedzko, one of the Belarusian opposition leaders. 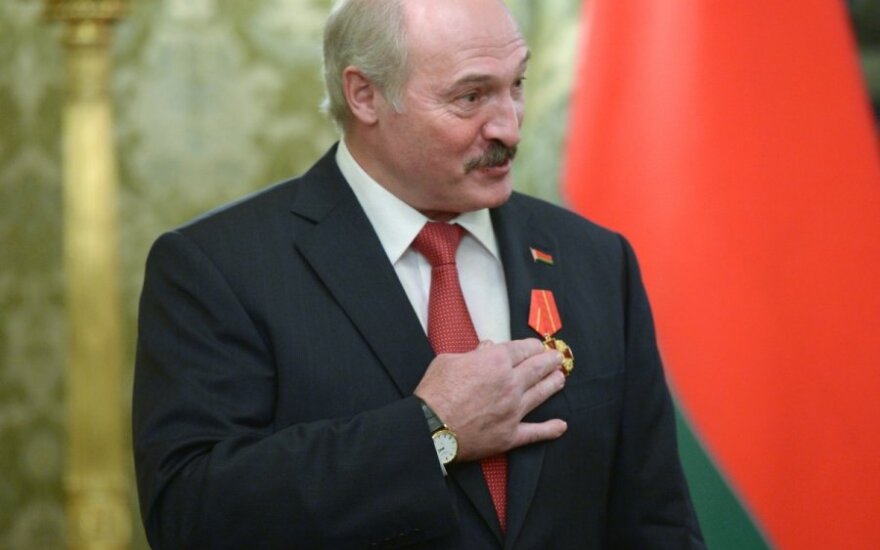 "Lukashenko has already lost his uniqueness. He is Europe's second-to-last dictator and, naturally, he is interested in the continuity of the war in Ukraine. As the war in Ukraine, first of all, allows the Belarusian government to keep people in fear, in daily fear. And a nation infected with the virus of fear is easy to rule and exploit.

"Second, the ongoing war in Ukraine allows the Belarusian government to shift the focus from the existing economic problems and financial crisis in the country. Third, the war allows Lukashenko to come out of isolation: flowers to Angela Merkel, coffee to François Hollande allow taking Lukashenko's relations with the West to the new "peace" level. But the Belarusian leader is the one dictating these "peace" conditions," Lyabedzko said in Vilnius.

The leader of the United Civil Party of Belarus attended an international meeting of lawmakers on Tuesday, held at the Lithuanian Seimas to discuss democratic problems and prospects.

During the meeting, Lyabedzko also drew lines between the Belarusian and Russian regimes, claiming that they have the same goal of "getting rid of people who cannot be bought and prostrated" and "to intimidate everyone who doesn’t want to live in a world of lies and hatred."

"The murder of Boris Nemtsov was aimed at destroying the belief in changes. Therefore, we must express our solidarity with Russian democrats," Lyabedzko said.