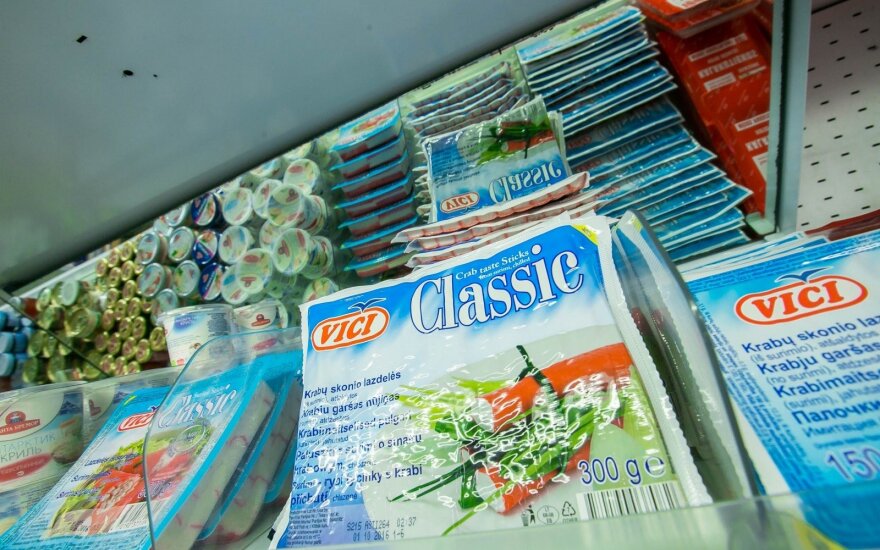 Although the Ministry of Foreign Affairs says food exports to Crimea does not run counter to the EU sanctions against Russia, Lithuania's opposition conservative Homeland Union – Lithuanian Christian Democrats say Matijošaitis business is "making money out of occupation."

Mindaugas Snicorius, head of communication at Vičiūnų Grupė, told BNS Lithuania on Tuesday that "we are not talking about some weaponry, IT, engineering or energy products but vital food products that are used by ordinary Crimea residents who lived in this territory before the start of the conflict."

"When working with global supermarket chains, producers cannot choose or tell them which regions they can sell the products in and which not," Snicorius said.

In his words, the group's subsidiary Baltko is engaged in wholesale in Georgia, Russia and Armenia and it supplies the French Auchan chain and the German METRO Cash & Carry chain, both operating in Russia, and they further distribute products to their selling points at their own discretion.

"Just like quite a number of Western-capital international companies, these chains have not halted their operations in Crimea and supply our products there, and that decision is only theirs," the Vičiūnų Grupė representative said.

TS-LKD MP Radvile Morkūnaitė-Mikulėnienė said in a statement issued on Monday that the Kaunas mayor's business "is calmly working with those who bring sufferings to thousands every day."

In her words, the sale of Vičiūnų Grupė's products in Crimea "is raising not only questions on this politician's responsibility and morality, but can also undermine Lithuania's image in Ukraine and other countries, as well as the effectiveness of Lithuania's foreign policy."

The Ministry of Foreign Affairs says Vičiūnų Grupė's sales and exports are not subject to any sanctions.

"The Ministry of Foreign Affairs, however, recommends Lithuanian companies to develop their business in Crimea taking into account the fact of Crimea' unlawful annexation and risks caused by it," Rasa Jakilaitienė, spokeswoman for Foregn Minister Linas Linkevičius told BNS Lithuania.

The EU bars imports of goods produced in Crimea if Ukraine has not issued them certificates of origin. There's also a ban in place to export to Crimea certain goods and technologies in three sectors, including transport, communications and energy.