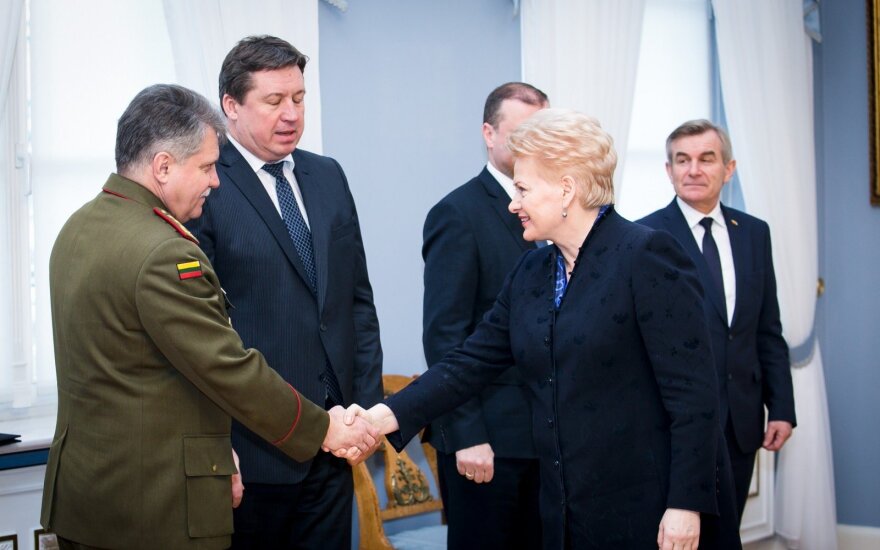 The Seimas passed the document with 107 votes in favour, none against and one abstention.

The updated strategy was drafted by the previous government to bring it into line with the security situation which has changed since 2012 when the document was last reviewed.

At the top of the list of threats is the conventional military threat posed by Russia's "preparedness and will to use military force to achieve its objectives" and a buildup of its military capabilities close to the Lithuanian border, as well as Russia's military activity, which lacks transparency and demonstrates the country's military muscle, near the borders of Lithuania and other NATO member states.

At number two are covert military and intelligence means that are used and can be used by foreign countries to exert a negative influence on Lithuania's political system, military capabilities, law-enforcement, social and economic stability, etc.

The development of unsafe nuclear energy near Lithuanian borders is also identified as a threat to national security.

Another threat to national security is a value crisis that is described as "disrespect for fundamental freedoms, downgrading of Christian values, family, liberal democracy and pluralistic society, spreading of anti-humanistic theories, religious doctrines and ideologies diminishing or denying the value of human life, inciting racial, national or religious discord, promoting or justifying violence, coercion and genocide."

ForMin: Dialogue with Russia shouldn't be smokescreen for inaction

Dialogue with Russia should not be used as a smokescreen for inaction, Lithuania's Foreign Minister...