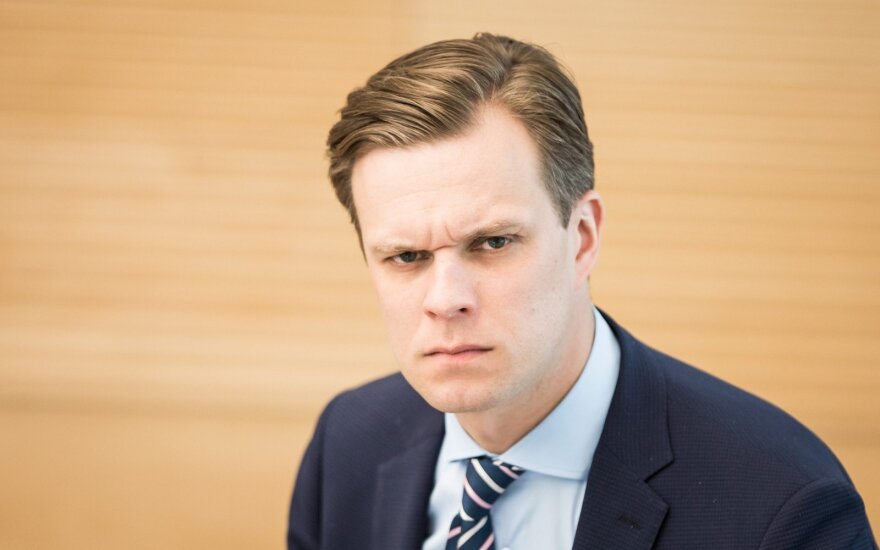 In his words, the good thing is that it was shown that "MG Baltic created an influence web and how the Kremlin exerted its influence via Rosatom and its agents".

"But the investigation results leave an impression of selectiveness and fragmentation, – Landsbergis said in a statement. – Why there's no talking about major business groups' existing influence on the country's politicians? This is more important that events of the past decade. I have no doubt that the public would like to know what influence, for example, Agrokoncernas, Vičiūnų Grupė, Senukai and other large business groups have on Lithuanian politicians at the moment," Landsbergis said.

The conservative TS-LKD says they miss conclusions on episodes that might be related to the ruling Lithuanian Farmers and Greens Union's activity.

Moreover, the party says, former Prime Minister Andrius Kubilius testified to the committee that the State Security Department provided classified information to his government in 2012 on Rosatom's investments, influence on the public opinion regarding the nuclear power plant referendum, on the opinion against Visaginas nuclear power plant, but the information was not reflected in the investigation.

"During the referendum process against Visaginas nuclear power plant (leader of the Lithuanian Farmers and Greens Union – BNS Lithuania) Ramūnas Karbauskis was active, and the fact that the NSGK refused to discuss in its conclusions Rosatoms' influence on the 2012 referendum and its active participants, obviously shows that the NSGK majority acted in a very unacceptably selective way," the TS-LKD statement says.

NSGK probe did not answer all questions, PM says

The Lithuanian parliamentary Committee on National Security and Defense 's [NSGK] probe did not...