Elta EN
aA
If general elections were held now, 18.8 percent of people would vote for the Social Democratic Party (LSDP). 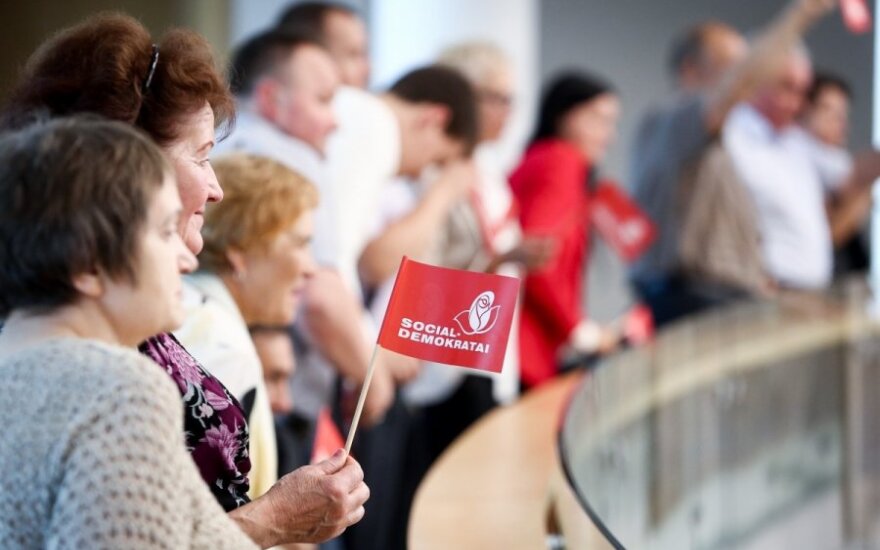 Although the party remains more popular than its rivals, its ratings has been falling. In September, the party would have been supported by 21 percent and a year ago by 27 percent of voters, shows a poll commissioned by the daily Lietuvos Rytas and conducted on 3-12 October by pollster Vilmorus.

The second most popular party is the Order and Justice with 11.2 percent. The Homeland Union-Lithuanian Christian Democrats (TS-LKD) would come in third with 8.6 percent of the vote, followed by the Labour Party (8.5 percent) and the Liberal Movement (5.9 percent). The number of those undecided which party to vote for has increased considerably to 18.3 percent.

President Dalia Grybauskaitė remains the most popular public figure, with approval rating of 66.4 percent. Prime Minister Algirdas Butkevičius is regarded favourably by 55.1 percent of the polled. The prime ministers' popularity fell from 61.7 percent in September.

Third on the list is the leader of the Order and Justice Party, Rolandas Paksas, with the support of 37.8 percent of respondents, followed by the leader of the Liberal Movement Eligijus Masiulis (37.1 percent), Chairman of the Lithuanian Peasant and Greens' Union Ramūnas Karbauskis (32.1 percent) and the social democratic Foreign Minister Linas Linkevičius (30.6 percent).

The most unfavourably regarded public figures include the leader of the Electoral Action of Poles in Lithuania (LLRA) Valdemar Tomaševski (64.1 percent) and the opposition leader Andrius Kubilius of the Homeland Union (58.4 percent).

84.4 percent of respondents said they had no opinion on the new Environment Minister Kęstutis Trečiokas. 82.4 percent of the polled were also undecided about Minister of Economy Evaldas Gustas.

The most trusted institution remains the Fire and Rescue Service, followed by the State Social Insurance Fund (SoDra), education establishments, the President's Office, the police, the Church and the Armed Forces.

The Social Democratic Party of Lithuania remains the most popular party in Lithuania, while its...