LT Daily, media brief
aA
Almost 5,000 legislative bills have been registered at the Lithuanian parliament since it took oath in 2012. A third of them have been proposed by the ruling Social Democratic Party. The opposition says that the governing majority has usurped the legislative process and do not want to discuss their proposals, lzinios.lt reports. 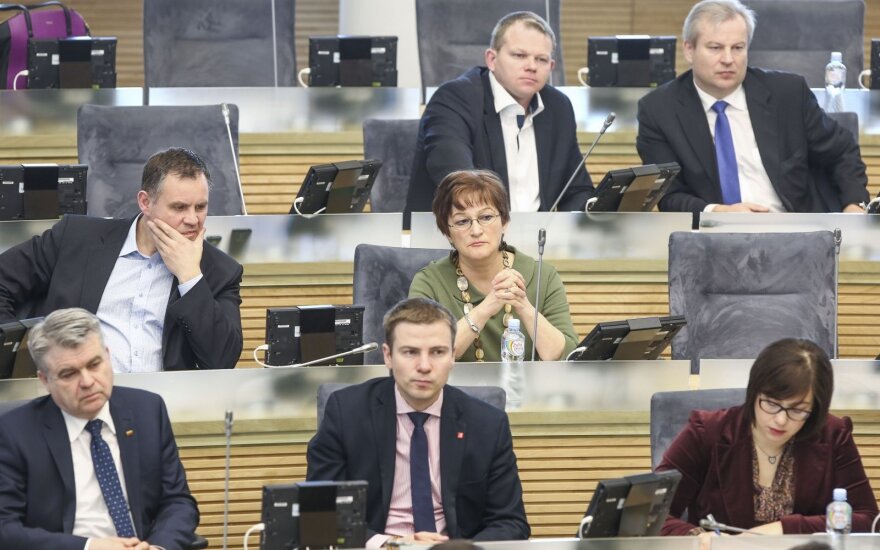 "Our proposed bills are not accepted because we are the opposition," says MP Andrius Kubilius, opposition leader of the conservative Homeland Union - Lithuanian Christian Democrats. "The ruling parties are very non-constructive when they consider our proposals."

Over the three years of the current parliament’s term, social democratic MPs have registered 1,377 bills, 26 percent of which have been adopted.

The parliamentary group of the ruling Labour Party registered 1,204 bills and passed 295 of them, or about a quarter. Another coalition partner, the Order and Justice party, registered 581 bills of which 84 were adopted.

Meanwhile MPs of the biggest opposition party, the Homeland Union - Lithuanian Christian Democrats, proposed 581 bills, but only 26 (or 3.2%) were passed. Of the 344 bills registered by the opposition Liberal Movement, 4.6% or 16 were adopted. Unaffiliated MPs have registered 254 bills and had five of them passed.

Irena Šiaulienė, the chairwoman of the Social Democratic Party's parliamentary group, responds: “The situation obliges us to propose bills. We are a ruling party and we must take responsibility and solve existing problems.

"Moreover, under the usual practice, registration of bills from the government takes a long time because of the lengthy procedures. Therefore ruling majority MPs just register these bills on their own behalf.”