BNS
aA
Lithuania's President Dalia Grybauskaitė is Monday leaving for Paris on a working visit, which will include a face-to-face conversation with French President Emmanuel Macron. 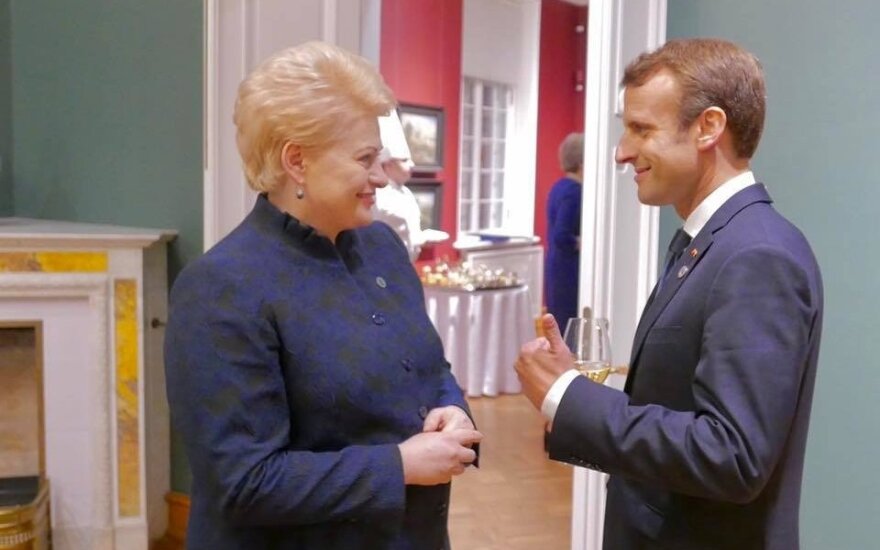 Grybauskaite will also attend a meeting of all three Baltic presidents with the French leader and open an exhibition dedicated to the Baltic symbolism at the famous d'Orsay Museum in the evening, the Lithuanian President's Office said.

"France is taking leadership over Europe with new energy, demonstrating exclusive attention to Lithuania and the Baltic states, therefore, the president's meeting with President Macron will give a new quality to the strategic partnership between Lithuania and France and help consolidate Lithuania's European interests," reads the press release.

At the face-to-face meeting, the Lithuanian and the French presidents will discuss the proposals on future reforms of the European Union (EU) and key issues on the EU agenda that are important for Lithuania.

Related articles
President regarding Washington visit: a summit meeting of this level is happening for the first time
Should the president have congratulated Vladimir Putin?

The Baltic-French meeting will focus on international security challenges and defense cooperation.

Next week, Grybauskaitė is also scheduled to take part in the Council of the Organization for Economic Cooperation and Development (OECD) to finalize talks on Lithuania's membership in the organization.

While in Paris, the Lithuanian president will meet with OECD Secretary General Angel Gurria and will present the progress made by Lithuania in the membership bid.

In Grybauskaitė's words, Lithuania has done all of the homework, namely, revised more than 200 legal acts and amended 50 laws, implemented key reforms, therefore, "there are no doubt that we will become a member of OECD."

The Lithuanian president together with her French counterpart, the First Lady Brigitte Macron and the leaders of Latvia and Estonia will open an exhibition on Baltic symbolism dedicated to the centennial anniversary of the Baltic statehood at the d'Orsay Museum in Paris.

Lithuania and seven more countries in northern Europe on Tuesday warned against rushing with the...