BNS
aA
Lithuania's President Dalia Grybauskaitė ranks 68th among the world's 100 most powerful females published by the US magazine Forbes. 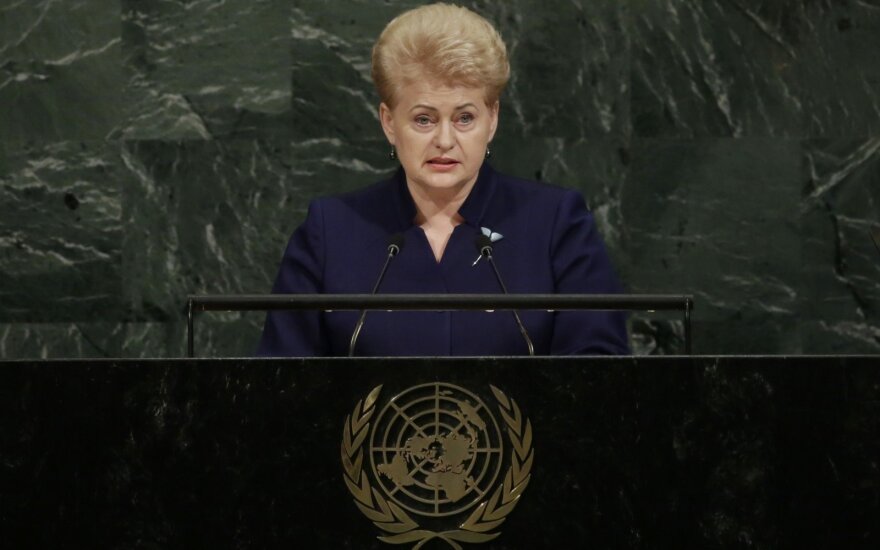 The magazine noted the Lithuanian leaders rigid stance on Russia and her efforts to undermine Moscow's influence in the energy sector.

"Lithuania's first female president (and the only president to be elected to a second term), Grybauskaite has built a reputation as a stalwart critic of Vladimir Putin. She has pushed for stronger Western sanctions against Russia and has asked for NATO to speed up its decision-making on Eastern European expansions. Recently, during Russia's Zapad joint military exercise with Belarus, she was one of the loudest voices of alarm, pointing out what many fear -- that Russia may be preparing for a conflict with NATO," Forbes said.

"She is also spearheading the project to get the European Union to sign off on an effort to synchronize the Baltic states' power grids with continental Europe," reads the magazine.

Last year, the Lithuanian president ranked 72nd on the list.

The 2017 list is topped by Germany's Chancellor Angela Merkel for the 7th consecutive year, ahead of Britain's Prime Minister Theresa May and businesswoman and philanthropist Melinda Gates.

Forbes has been publishing the annual list of the most powerful females since 2004.

Grybauskaitė calls on Lithuanian businesses, farmers to invest in UAE

President Dalia Grybauskaitė , on an official visit to the United Arab Emirates ( UAE ), says that...

Over 100 NGOs, academicians call on president to veto family law

The Lithuanian Constitutional Court has removed doubts that referendum is the only way of allowing...