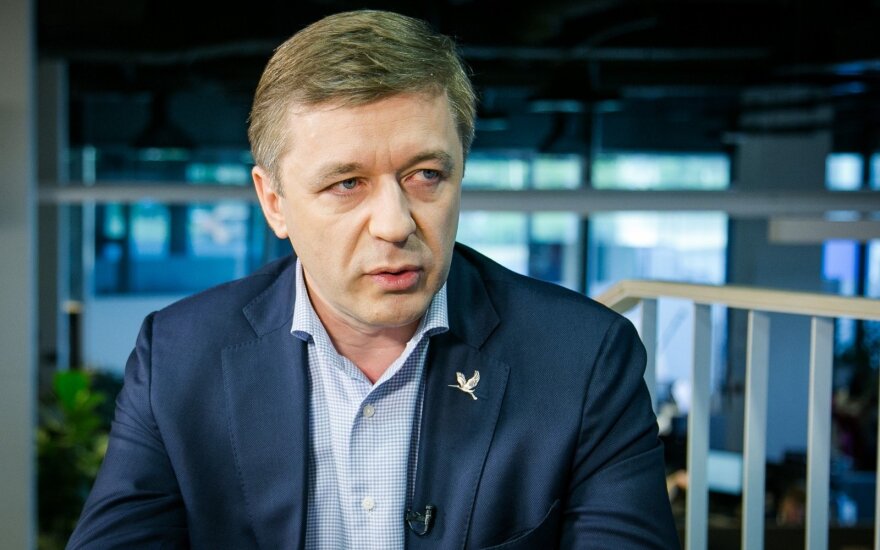 "It seems to me that we ourselves play into the interests of hostile propaganda when we discuss things among ourselves, at Seimas sittings and after these sittings. Very often we do not criticize each other, but move from criticism to certain expressions that can be regarded as an insult," he said during a joint meeting of the parliament's committees on education and science, on culture and on national security and defense.

The committees held the meeting to discuss threats to national security posed by hostile propaganda and ways of countering it.

"This is a threat and the one that those acting from abroad are the most interested in. Discrediting government in the eyes of society is a key goal of any propaganda," Karbauskis said.

Concerns about information security in Lithuania heightened after Russia annexed Crimea and began to support separatists in Eastern Ukraine in 2014.

In their report to the Seimas, experts from the Armed Forces' Strategic Communication Department named Lithuania's history, its Armed Forces, domestic and foreign policies, membership of NATO and the EU, and relations with Poland as the most frequent targets of Russia's propaganda.

According to them, Russian propaganda seeks to influence people in Lithuania through culture and arts. It was for this reason that the country denied entry to such performers as Oleg Gazmanov or the band Lube.

Vytautas Bakas, chairman of the Committee on National Security and Defense, said that every government body, not only the Defense Ministry, should pay attention to strategic communication.

Relations between the Lithuanian Farmers and Greens Union (LFGU) and its junior ruling coalition...

A secret “Farmer” meeting in Seimas – a rebellion against R. Karbauskis?

Lithuanian Foreign Minister Linas Linkevičius sparred with a journalist of the Kremlin-financed...

Russian film shown in Lithuania is suspected of being propaganda. Not all agree