BNS
aA
Signatures are being collected for a European citizens' initiative calling for better ensuring the rights of national minorities in EU member states. 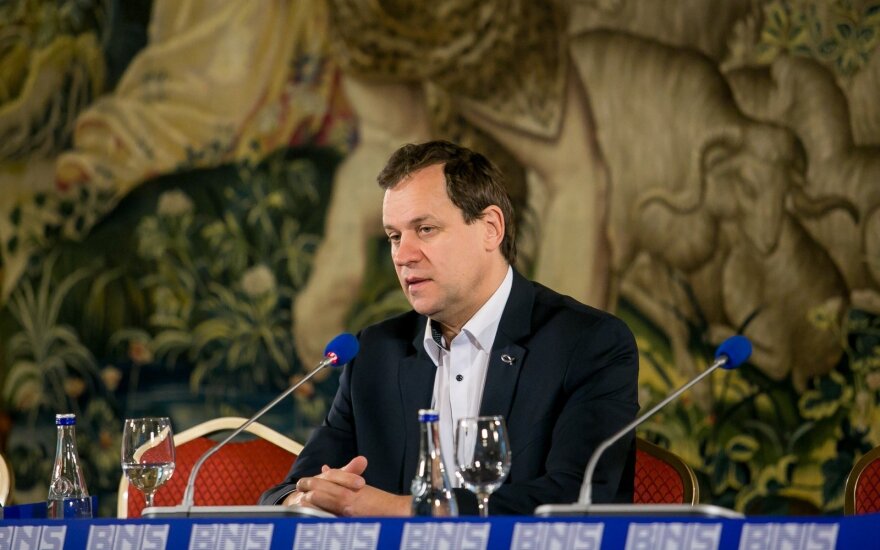 The Electoral Action of Poles in Lithuania–Christian Families Alliance (LLRA-KŠS) supports the Minority SafePack Initiative, expecting that it will help solve long-standing issues regarding the rights of national communities in Lithuania.

Lorant Vincze, president of the Federal Union of European Nationalities (FUEN), which has been collecting signatures, says that the initiative is calling on the EU to live up to its "United in diversity" motto.

"Unfortunately, in many countries we witness the total refusal of the state to give to the minority groups what they ask for, they're refusing to achieve the goal of minority protection", Vincze said at the Lithuanian parliament on Monday.

"Basically, we are not asking more than what the majority has: equal rights, equal chance to use our mother-tongue, to have support for our cultures, for our education, we introduce some proposals regarding the regional policy cooperation, audiovisual rights for minorities and so on," he added.

According to the FUEN president, the initiative was initially registered back in 2013, but the European Commission did not register the proposal, saying that it was outside its competence.

The initiators say that they have already collected 1.3 million signatures, above the EU-wide minimum threshold of 1 million, but signatures must be collected in at least seven countries.

LLRA-KŠS Valdemar Tomaševski told reporters that over 21,000 signatures had been collected in Lithuania, which he said was more than double the minimum threshold.

The signatures are to be verified by Lithuania's Central Electoral Commission within three months and then forwarded to the European Commission.

EU support is being sought for the renovation of the 18th century Lithuanian poet Kristijonas...

Politicians of the Electoral Action of Poles in Lithuania – Union of Christian Families are aiming...