BNS
aA
Representatives of the Order and Justice party, part of the ruling coalition in Lithuania, have proposed to the country's parliament to express its opposition to a permanent mandatory refugee quota system and call on the government to launch consultations with Poland and other Baltic states on the formulation of a joint position. 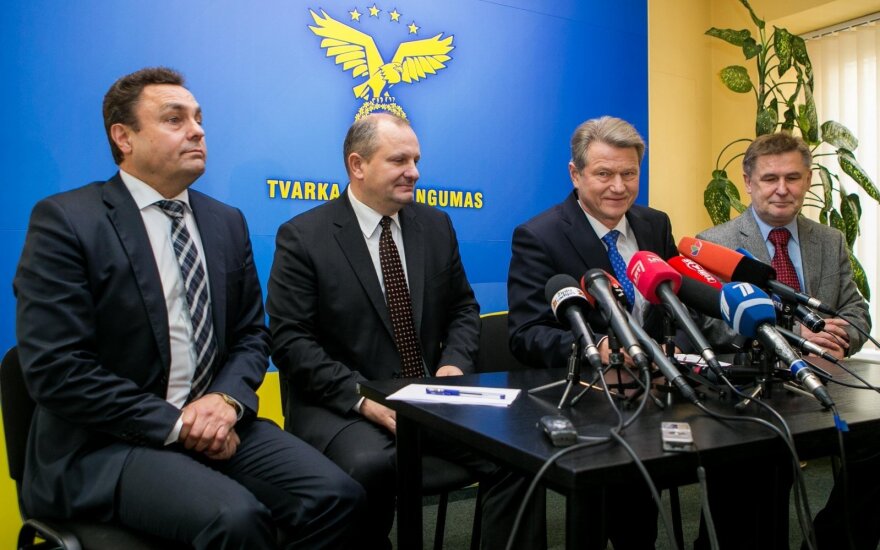 Petras Gražulis and Kęstas Komskis, members of the Order and Justice party, registered a draft Seimas resolution "On the State of Lithuania's Attitude to the Refugee Crisis".

"The Seimas of Lithuania is against the principle of mandatory commitments and obligations and calls on reaching as soon as possible a wide-ranging agreement of political powers and public organization on solidarity and joint solutions in the wake of the refugee crisis," the draft document reads.

It also states that the Seimas of Lithuania should express its concern over the inflow of illegal migrants arriving in Europe from Asian and African countries and also underline that the ongoing refugee crisis may become a major humanitarian challenge for Europe and lead to unpredictable consequences.

With this resolution, Lithuanian lawmakers are expected to propose to EU institutions to take into account an individual country's cultural identity, economic capabilities and social interests while looking for common solutions to the refugee crisis.

"The state institutions responsible for foreign policy and diplomatic services should initiate political consultations with neighbouring Poland and the Baltic states on the formulation of a joint position and also hold a special Baltic Assembly session on long-term coordination of the refugee crisis in the region," the draft resolution reads.

The resolution also suggests that the Ministry of Foreign Affairs initiate an emergency meeting of the UN Security Council to discuss "the unprecedented crisis of illegal migrants and refugees in Europe".

Last week, the European Commission suggested that EU member states should share 160,000 refugees from Hungary, Greece and Italy over two years. Under the scheme, Lithuania should resettle 1,105 refugees.

Lithuanian officials are, however, critical of the Germany-backed idea to create a permanent mechanism for Brussels to be able to impose mandatory refugee quotas at any time in case of a critical situation. Some countries fear such a quota system would only further fuel immigration.