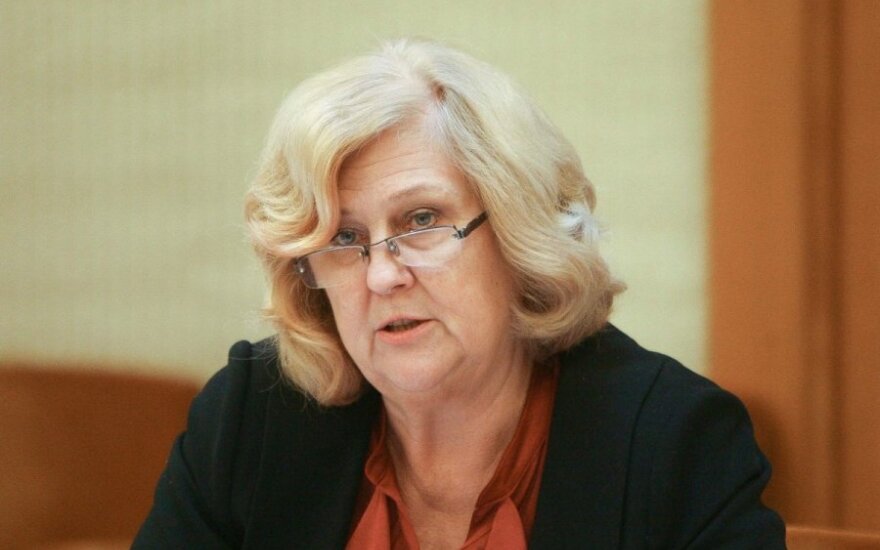 "There are some issues that will be reviewed soon. In the middle of July, a number of decrees were adopted that established separate procedure. And deputy ministers have admitted that there was not enough time to discuss them with all the interested institutions, with patients. Therefore, it has been agreed that this week deputy ministers will provide proposals concerning the laws that will be postponed or suspended," said Šalaševičiūtė on the Žinių Radijas radio station.

According to the new minister, the first order of business is to suspend the decree on the application of clusters of neurosurgery.

The minister also said she completely supported mandatory vaccination requirement and did not plan to change the respective decree. She also approves of the plan to optimise the hospital network.

People should have a right to choose

Minister Šalaševičiūtė does not support the initiative of her predecessor Vytenis Povilas Andriukaitis to prevent young doctors from emigrating by sending them on mandatory appointments in regional hospitals.

According to her, young doctors could be prevented from leaving the country by offering them better salaries. In addition to pay rise, according to Šalaševičiūtė, it is important to provide them with social guarantees, which is still difficult at present.

The new Minister of Health Rimantė Šalaševičiūtė says that the government must not antagonize...

On Thursday the mandate of Health Minister Vytenis Povilas Andriukaitis ends and he is replaced by...

Lithuanian minister of health steps down