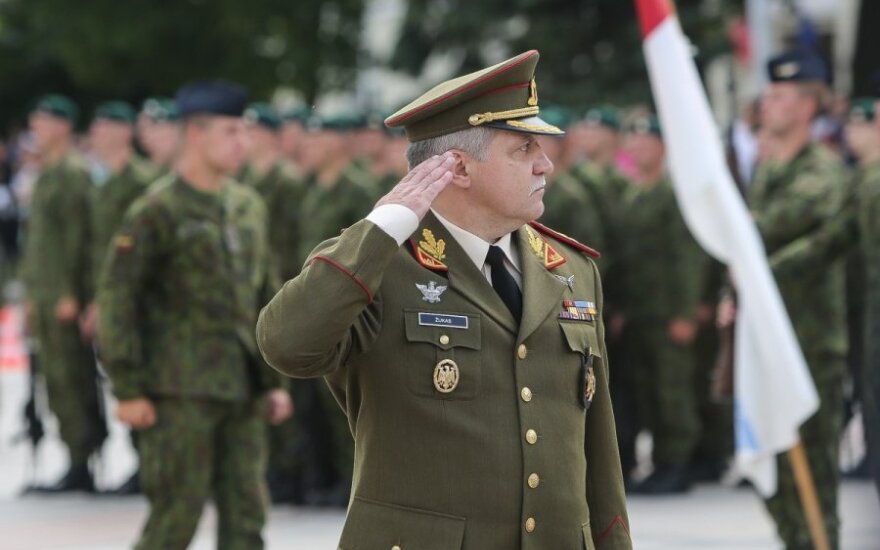 In her speech, the president noted that Žukas was assuming office in difficult times.

"Not far from Lithuania, sovereign borders are violated, war is escalating, innocent people are being killed [...]. At this tense time, we have to be united and determined to defend what belonged to our ancestors, what belongs to us and what will belong to our children - the land and the freedom of Lithuania," said the president.

She emphasised that the new chief of defence would have to deal with many important tasks: an increase in the capacities of independent and collective defence, airspace security, the manning of military units, preparations of the reserve and the reinforcement of voluntary forces.

The president wished the new chief of defence and all Lithuanian soldiers strength, perseverance and iron will to defend the country.

Platoons representing all services and units of the Lithuanian Armed Forces paraded with their guidons at the Cathedral Square to pay tribute to the incoming chief of defence.

The Chief of Defence of Lithuania is commissioned for a five-year tenure by the president with approval of the Seimas, selected from among the nominees tabled by the Minister of National Defence.

Formal ceremonies of returning and bestowing the regalia of the Chief of Defence of Lithuania are traditional and conducted in line with the Statute of Parading and Military Ceremonies. The Chief of Defence regalia were returned to the President at such ceremonies by LTG Tutkus in 2009, MG Kronkaitis in 2004, MG Andriskevičius in 1999. 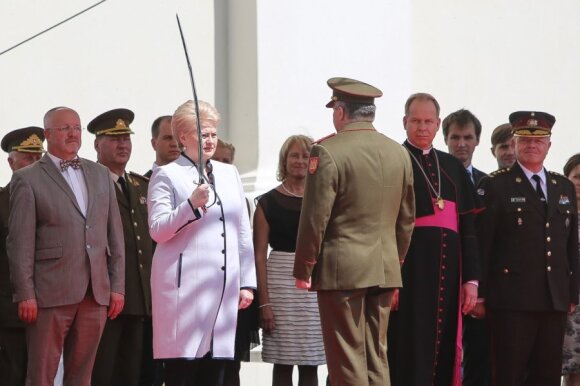 Major General Jonas Vytauats Žukas is to be sworn in as Lithuania's chief of defence on Thursday....