Mindaugas Jackevičius,
DELFI EN
As Lithuania has agreed to relocate 1,105 refugees, the country's Welfare and Labour Minister Algimanta Pabedinskienė has sent out letters to each of Lithuania's 60 municipalities asking them to specify how much they can contribute to the effort. The responses have been less than encouraging. 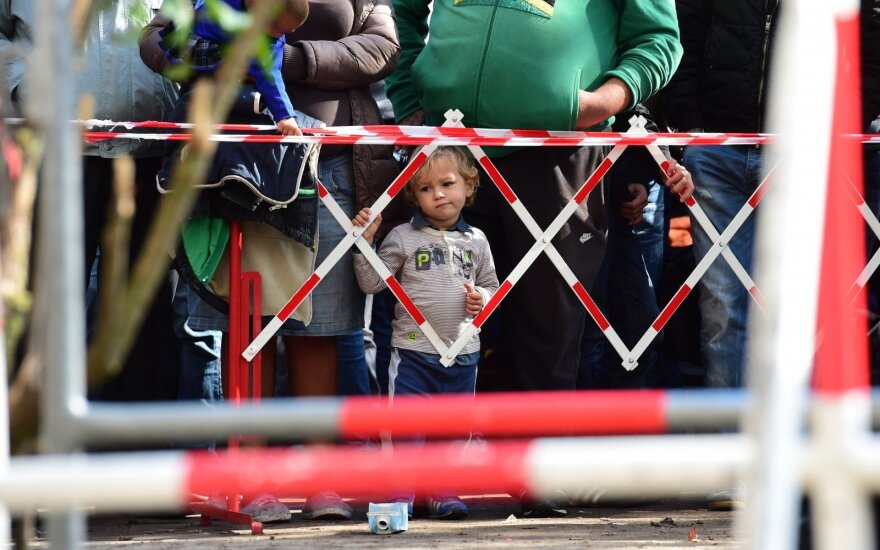 Minister Pabedinskienė sent out letters to Lithuania's mayors several weeks ago. She asked the mayors to estimate the capacity of their respective municipalities to host refugees from Greece and Italy as well as Ukrainian families fleeing unrest in Donbass. The municipalities were also asked to specify the assistance they needed to effectively tackle the challenge.

So far, 31 municipalities out of 60 responded to the request. Some said they could host a family or two. Most, however, say they do not have the resources to take care of refugees.

The Municipality of Alytus City said it could accommodate a family of three. A home for the family could be provided as of next year.

The Municipality of Akmenė could accept two families, offering them a two-room flat and a three-room flat.

Kaunas District Municipality could offer a three-room flat in Užliedžiai village to one family. The authorities add, however, that the district is looking into ways to accept more refugees.

Kėdainiai would welcome one family. Moreover, the municipality asks the central government to provide funds to renovate a house that could be used to accommodate five more families.

Klaipėda District Municipality said it could settle a family in the town of Judrėnai. It specified, however, that the town has little to offer in terms of employment, education or integration opportunities. The municipality also said it did not have any accommodation closer to Gargždai, the seat of the municipality.

Skuodas District Municipality said it would welcome three families. It could offer the refugees a two-storey house in one place, part of a house in another and one more two-storey building. The mayor of Skuodas added, however, that 64 local families, or 145 individuals, were waiting for municipal housing.

Šiauliai District Municipality volunteered to host a family of three to five people in Kuršėnai.

Other municipalities that responded to the minister's enquiry said they could not provide any housing for refugees. Vilnius District Municipality specified that it had a list of 298 families waiting for municipal housing.

Trakai District Municipality said it could accept refugees, provided the central government supplied it with EUR 157,000 it needed to finish municipal housing renovation in the village of Salkininkai.

Šilutė District Municipality said it could only accommodate refugees, if any of the current tenants of municipal housing moved out.

Kretinga District Municipality said it had a waiting list of 204 individuals eligible for subsidized housing. Some of them have been in the list for a decade. The municipality added it could accept refugees, if the central government supplied funds for additional housing.

Alytus District Municipality said it could not offer accommodation, but local businesses could offer employment to some of the refugees.

Palanga Municipality specified it did not have any housing to offer due to a waiting list of 86 individuals.

While Vilnius City has yet to respond to Minister Pabedinskienė's letter, Deputy Mayor Gintautas Paluckas tells DELFI what refugees could expect in the Lithuanian capital.

Paluckas says there are five aspects to resettling refugees. 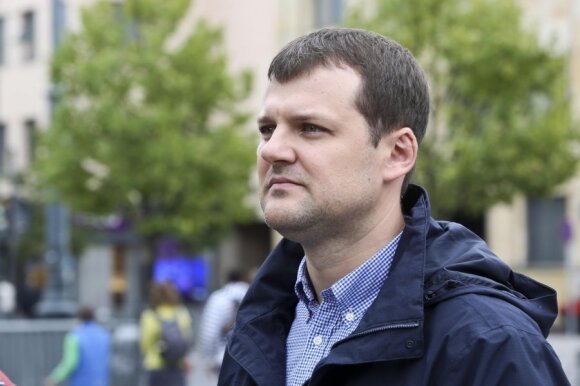 The fourth aspect of refugee integration, according to Paluckas, should concern educating the public and fighting prejudice among the Lithuanian population.

Finally, the fifth aspect is spiritual guidance. These functions, Paluckas says, would be divided among Jesuit organizations, Caritas and Vilnius City Municipality.

"I cannot say specifically how many refugees we could take in, because it depends on the available housing. We hope to engage the society and set up a database of landlords willing to let properties to refugees. For the purpose, we will use EU and government funds," Paluckas says.

The deputy mayor notes that, if it came to that, the resettled refugees could be accommodated in municipal housing for very short periods of time.