(1)
aA
On 17 September, Lithuanian Minister of Foreign Affairs Linas Linkevičius met with Marie Kiviniemi, Deputy Secretary-General of the Organisation for Economic Co-operation and Development (OECD), who was visiting Vilnius. 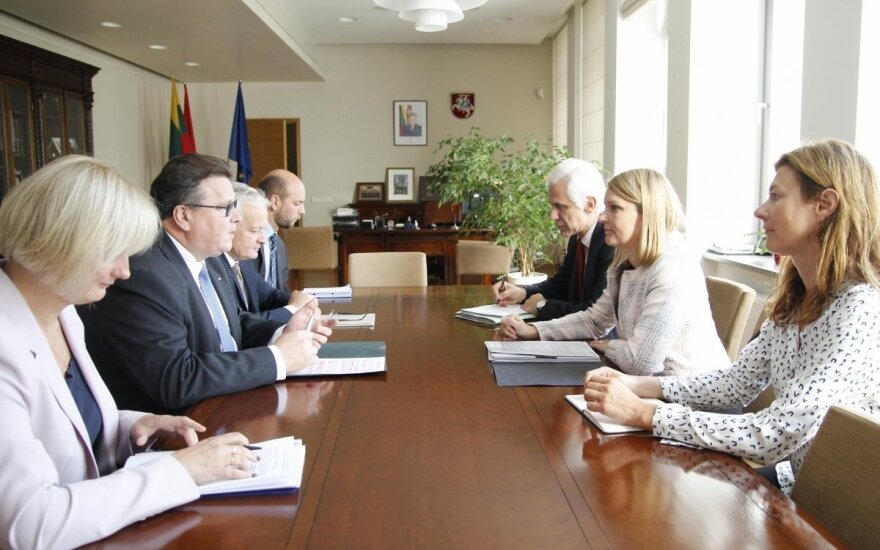 Kiviniemi leads a delegation, which has arrived in Lithuania for consultations with the authorities, as Lithuania begins technical discussions requested for the country's accession process, the Ministry of Foreign Affairs of Lithuania reports.

"The so-called starting point of OECD technical discussions is an important stage of the accession process. Our success will depend on how effectively we can further cooperate, i.e., how fast our perspective of OECD membership will translate into reality. Lithuania's MFA will play an important role in the coordination of the accession process and a broad scope of information flows between Vilnius and Paris, where OECD Headquarters are located. We will make every effort to ensure a smooth accession process," said Linkevičius.

The foreign minister drew attention to a major advantage of the technical discussions - an opportunity for Lithuanian experts to talk directly to OECD representatives about what had to be done next in order to bring Lithuania's legislation into line with OECD instruments and its policies closer to OECD best practices.

The MFA of Lithuania also hosted the OECD workshop, which was attended by 38 representatives of Lithuanian authorities. During the visit, members of the OECD delegation also met with the President of Lithuania Dalia Grybauskaitė, Prime Minister Algirdas Butkevičius and took part in a round table discussion at the Seimas (Parliament).